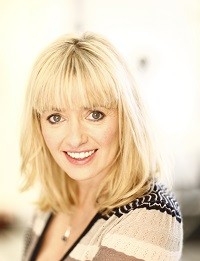 The Society of Editors has today announced the appointment of Dawn Alford as its new executive director following the resignation of Ian Murray in the furore over racism in the UK press.

Dawn, left, started out on the Exeter Leader and the Exeter Express & Echo before going onto a stellar career on Fleet Street.

She takes over from former Southern Daily Echo editor Ian who stepped down from the post in March after three years in the role.

Ian quit after after his strongly-worded rebuttal of the Duke and Duchess of Sussex’s claims of racism in the UK media was widely criticised by national and regional journalists.

Dawn, who also worked on the Southern Daily Echo as a crime reporter and chief reporter, has had an extensive career in newspapers and as a magazine editor.

On national titles, she worked in various reporting and executive roles including for the Sunday Express, Daily Express, Mirror, Sunday People and the New Day.

She has also spent more than 10 years as an editorial content director for digital and print content agencies.

SoE chair Ian MacGregor said: “It is great that Dawn Alford is joining us as executive director. Dawn has tremendous experience of national and regional news organisations, has a deep commitment to press freedom, and is passionate about taking the Society forward.”

Dawn, who started her new job yesterday, said: “It’s a privilege to take over as executive director for such a prestigious society and one so important in today’s complex world of communication.

“I have spent some time reading the shortlisted entries for this years’ national and regional awards and I am in awe of the incredible and important work undertaken by the British press in 2020.

“Press freedom is essential in times of crisis and, in the context of the global pandemic, British journalism has certainly risen to the challenge.

“As a Society we are about to embark on a series of consultations with our members about our future goals and what we can do to safeguard the freedom of the press, build trust in our industry and help newsrooms be as diverse as the communities and audiences they serve.

“There is a great deal to be done practically, including a refresh of our website and its content to better reflect the new support we can offer and to encourage a new generation of members.

“I’m delighted that we will soon also launch our Diversity and Inclusion Resource Hub which brings together a series of advice and initiatives being put in place across our industry.

“We hope it will further boost the opportunities for both aspiring and current journalists to progress in their chosen careers.”

Dawn becomes only the third executive director of the Society in the 22 years since its formation as a result of the merger of the Guild of Editors and the Association of British Editors in 1999.

Former Cambridge News editor Bob Satchwell, who died in May from Covid-19, led the Society for the first 18 years of its existence before ill-health forced his retirement in 2017.