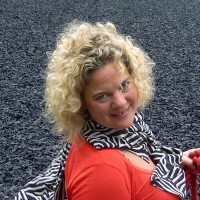 A Society of Editors board member has resigned following controversy over the organisation’s response to the Duke and Duchess of Sussex’s recent television interview.

Eleanor Mills, the former editorial director of The Sunday Times, has announced her departure from the SoE after claims were made by Harry and Meghan during their interview with Oprah Winfrey that the UK press was “bigoted”.

The Sussexes’ comments prompted the SoE to initially issue a strongly-worded statement denying the claim which was met with an industry backlash, prompting the resignation of executive director Ian Murray.

Eleanor, pictured, distanced herself from the statement at the time and posted on Twitter on 10 March that “lots of the board are very angry”.

Explaining her decision in a statement this morning, she said: “Today I am resigning from my position on the board of the Society of Editors. I did not do so in the immediate aftermath of Ian Murray’s statement saying the UK press was not bigoted because I was assured by fellow board members that a robust rebuttal of his remarks would soon be forthcoming.

“Two weeks after the extraordinary board meeting in the wake of Murray’s departure that apology and clear statement about the Society’s current view in regards to whether the lack of diversity in our newsrooms amounts to structural racism in the UK media is still not forthcoming. I have lost confidence in the SoE ever delivering such a statement.

“Unlike many board members I have no institutional ties keeping me from resigning on this matter of principle, so today that is what I am doing.

“In August Women In Journalism which I then chaired published research showing that in the week that we monitored Britain’s premier news outlets not a single newspaper published a front page story by a black reporter; and in that time only one black person was quoted on the front page of a newspaper (even though this was in the weeks after the Black Lives Matter protests).”

Eleanor chaired WIJ from 2014 to 2021 and now runs Noon, a new platform “to empower women in midlife”.

In her statement, she added: “I feel like I need to explain the background a bit. Our press becomes not a true reflection of society but a distorting lens if those making the decisions and writing the stories are not representative of the broader population.

“The chronic lack of diversity in British newspaper newsrooms and the lack of representation of BAME groups in decision making amounts in my view and those of many others, to structural racism in the media.

“This is not to accuse individuals of racism but merely to remark that the lack of a broader perspective and representation of non-white views can result in unfairly slanted coverage.

“Often segments of our media do operate a double standard when it comes to race and I believe it is the duty of the Society of Editors to come out and say so. If there is no agreement even on the scale of the problem we are dealing with then it is hard to have confidence in the decisions of the board going forward to remedy it.

“I joined the board with a remit to increase diversity in newsrooms and to argue hard for it behind closed doors. This I have done passionately. While there are some excellent colleagues on the SoE board whose hearts I know are in the right place, I do not think they have adequately distanced themselves from Ian Murray’s damaging remarks.

“The WIJ research in the summer shows that the press lags seriously behind TV and radio in the UK (some 30% of TV presenters are now from BAME backgrounds, though only 12pc of journalists are). Most UK newspapers either have zero or single digit numbers of BAME editors and reporters on their staff;. for the media to fulfil its duty in a democracy to inform the public fairly, this has to change.

“I wish my former colleagues on the SoE board all the best for their future efforts to increase diversity, there has been some good work going on behind the scenes. But for me the failure to roundly condemn Murray’s remarks means I cannot in good conscience stay.”

In response to Alison’s statement, SoE president Alison Gow said: “I would like to thank Eleanor for her energy and drive as part of the society board, and wish her the very best.

“The Society is totally committed to helping improve diversity in our industry and working on supporting best practice in newsrooms.”