The reigning Regional Press Awards daily newspaper of the year has announced it is withdrawing from this year’s event in the ongoing furore over the Society of Editors’ response to the Duke and Duchess of Sussex’s TV interview.

The SoE was strongly criticised by regional and national journalists after issuing a strongly-worded statement on Monday denying claims by Harry and Meghan that the UK press was “bigoted.”

Yesterday the trade body moved to respond to the criticisms by conceding that the statement “did not reflect what we all know: that there is a lot of work to be done in the media to improve diversity and inclusion.”

But the move came too late for Yorkshire Post editor James Mitchinson who last night announced he was pulling the title out of this year’ awards.

Entries for the awards, which are organised by the SoE on behalf of the industry, are due to close on Friday.

In an open letter to readers, James, below, said that while YP journalists were free to enter the individual awards, he will not be entering the title for any of the team awards, including newspaper of the year which it won in 2020. 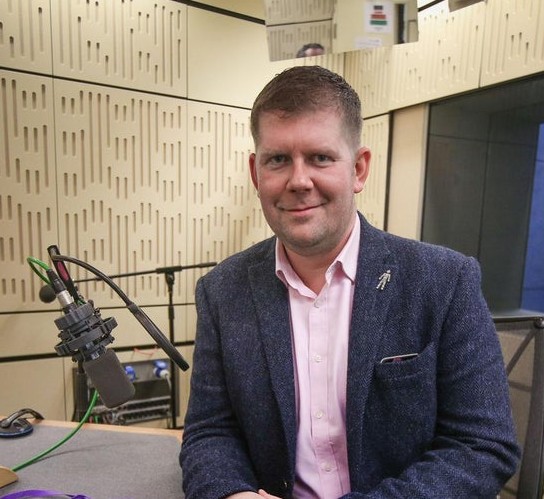 Wrote James: “I tweeted at the time through vision blurred by happy tears my unfettered joy at being crowned the Society of Editors’ Regional Newspaper of the Year, just last year.

“It is the one award that captures and celebrates the contribution of every employee in the newsroom. The skill and pedantry of the sub-editors, the organisational rigour of our admin colleagues, the journalistic tenacity of the reporters, the pin-sharp eyes of our photographers, the craftsmanship of our illustrators, even the caution of the lawyers – everyone in the room.

“Since entering the trade almost two decades ago, it has been my one; the award I so, so wanted, so when it came last year it felt like a career ambition realised.

“And so it is with regret but absolute conviction that in light of recent events I will not be entering The Yorkshire Post into the Society of Editors’ awards for regional journalism this year. I have decided to withdraw from all team and title categories. It will be up to the members of my team whether or not they choose to enter the awards of which, unquestionably, they are so deserving.

“As the editor of the reigning best-in-class regional daily in the country, an accolade that each and every one of the people I am proud to lead merits, I believe it is in the best interests of my team, my title and our wider trade to step aside and allow the Society the space it needs to reflect on what has happened.

“Rightly or wrongly, I can hear my conscience telling me that I must not withdraw on the coattails of someone else’s principles, but my own.

“I came into local journalism because I wanted to be of service to local people. As a coal miner’s lad whose accent is greeted with disdain, I cast myself as a chippy champion of underdogs.

“I wanted to offer a voice to those who have none. Here is one such moment where I have a choice to make. Here I am, troubled at the prospect of accepting adulation from an organisation that cannot see the prejudice before them, even when it screams in sans serif caps lock, 200pt.

“As a forty-something white man, I feel woefully short of credentials to bring to this fight, but I will be damned if the colour of my skin and my perceived social status is going to prevent me from listening, learning, bettering myself and my workplace.

“It is now up to the Society to decide how it betters itself, for the sake of decent journalism and, critically, the sake of a more decent, tolerant society.”

In a separate development, the former head of JPIMedia’s investigations unit, Aasma Day, announced she was withdrawing from this month’s national Press Awards.

She tweeted: “Earlier this month, I tweeted my delight at being shortlisted in the Reporting Diversity category of #PressAwards. However, the statement by @EditorsUK denying the press is racist made me deeply uncomfortable & I have withdrawn my entry as it makes a total mockery of this award.”

The withdrawals come after the SoE faced a tide of criticism over its earlier statement denying Harry and Meghan’s claims that elements of the UK national media were racist.

More than 160 journalists of colour then signed an open letter saying they “deplore and reject” the SoE statement, while Guardian editor Kath Viner, FT editor Roula Khalaf and i editor Oly Duff also distanced themselves from it.

In response the board of the Society issued a statement of clarification yesterday lunchtime.

It read: “The Society of Editors has a proud history of campaigning for freedom of speech and the vital work that journalists do in a democracy to hold power to account.

“Our statement on Meghan and Harry was made in that spirit but did not reflect what we all know: that there is a lot of work to be done in the media to improve diversity and inclusion.

“We will reflect on the reaction our statement prompted and work towards being part of the solution.”

In the original statement published on Monday, executive director Ian Murray said: “The UK media has a proud record of calling out racism and also being at the forefront of campaigns to support mental health awareness, another of the issues raised by the couple.

“It is unreasonable for the Duke and Duchess to conflate the legitimate coverage provided by the edited and regulated UK media with the wild west of social media.