Weekly saved from closure after deal with nuclear engineering chief

An engineer operating in the nuclear industry has saved his local newspaper from closure – and 22 jobs in the process – after being officially unveiled as its new owner.

The Cumberland & Westmorland Herald has announced businessman Andy Barr has taken over the company following a period of administration.

Mr Barr runs Barrnon, a “boutique engineering services provider” which works in industries including marine and agricultural, nuclear decommissioning and oil and gas.

He is based in the Eden district of Cumbria, which is covered by the Penrith-based Herald. 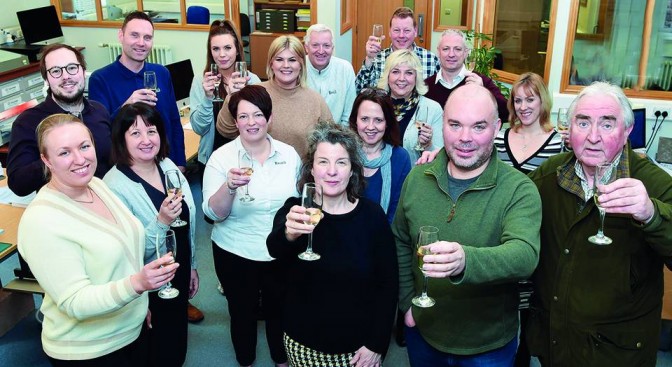 The Penrith-based Herald went into voluntary administration a fortnight ago after 160 years of publication, with six members of staff made redundant as a result, although the paper has continued to publish as normal during the process.

A statement on the Herald’s website, published today, reads: “Eden businessman Andy Barr is the new owner of the Cumberland & Westmorland Herald, after he stepped in to save the historic newspaper, which had gone into administration.

“Mr Barr, an engineer whose company, Barrnon, operates successfully within the nuclear industry, said his decision to buy was driven by ’emotion’ and a desire to protect the heritage of the place in which he grew up.

“Staff, who have faced an uncertain future since administrators KPMG were called in, greeted the news with delight.”

He said: “The Cumberland & Westmorland Herald has always been a firm fixture in my own life, being both a local and a keen reader myself.

“It’s this emotional connection to the paper and community, combined with the Herald’s rich heritage as well as the support of many locals, that has motivated me to step-in and save this business.

“I’m thrilled that we’ve been able to achieve such a successful outcome, it means a great deal to us all.”

“A significant level of interest was received, testament to the strong affection for the Herald.

“Widely considered to be the cornerstone of the local communities it serves, it’s a real delight to see its future secured.”

The announcement of the deal comes 24 hours after Newsquest pulled the planned launch of a title which was set to rival the Herald, called the Cumberland & Westmorland Gazette.

The regional publisher had unveiled the new paper on Wednesday morning, and its first edition was due to have been published today.