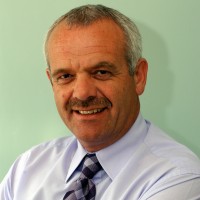 A former editor who stepped down from his role 18 months ago is to make a comeback editing a new title on his old patch.

Jim Parker, left, was editor of the Reach plc-owned Torquay Herald Express for nine years until the summer of 2018.

He has now been named as launch editor of The Torbay Weekly, a new print and digital title being launched by regional publisher Archant in the spring.

Archant, which already publishes several titles in Devon, says the move is in response to “direct feedback” from local businesses and community groups.

Another former Reach plc executive, Chris Coward, will oversee the launch, which will see the creation of six new editorial and commercial roles.

Chris previously worked in a variety of commercial roles for Northcliffe and its successor companies Local World and Reach plc including consumer sales director.

He said: “This project is entirely demand-led. We have been approached countless times by local businesses and community groups who all tell us of the need for a quality, local paper.”

“Torbay is in the midst of a major rejuvenation. Readers and advertisers want a relevant local paper that lives and breathes their area and has a genuine belief in Torbay”.

Archant’s executive chairman Simon Bax added: “We have assembled a fantastic management team with a wealth of local knowledge. This will enable us to deliver a distinctive, quality service in Torbay whilst strengthening our overall Devon portfolio”.

“This project is a great example of Archant’s customer-centric approach and how we stay relevant by listening and responding to the needs of our communities.”

Jim spent 44 years in the regional press, 40 of them with the Herald Express, before finally leaving Reach last March.

At the time he said: “I am not yet ready to retire to the other side of the cricket boundary. Watch this space.”