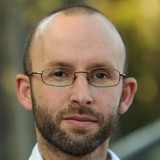 A weekly editor is set to move from Devon to London to replace a regional news chief who has taken up a new job with a national title.

Archant has unveiled André Langlois as the new editor for its North London titles after it was announced incumbent Ramzy Alwakeel would be joining HuffPost UK as news editor next month.

He will be responsible for the Islington Gazette, Hackney Gazette, Hampstead & Highgate Express and the Brent & Kilburn Times in his new post.

André was previously head of print at the Surrey Advertiser before taking up his current role in October last year.

He will be replaced in Devon by Andrew Coley, who has spent 25 years with Archant in roles including print editor, associate editor and content editor.

In an announcement about the move, an Archant spokesman said: “André has been at the forefront of some key developments including the implementation of a digital first content operation which has led to 50pc growth on the Exmouth Journal and Sidmouth Herald websites.”