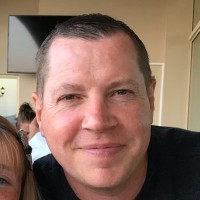 A regional daily’s former managing editor is to spearhead the launch of a new digital-only rival title.

Gavin, pictured, is joined at the sister titles by chief reporter Kali Lindsay, who has worked for Reach’s Newcastle-based daily The Chronicle since 2017, and photojournalist Craig Connor, who joins from North News and Pictures.

Posting on Twitter, Gavin said: “Really excited about this. Thrilled to be launching Sunderland Live and Durham Live.”

Gavin was managing editor at the Sunderland Echo until last summer. His most recent role at the JPIMedia-owned title was head of print and curation.

Reach has also announced a number of other new appointments as part of its expansion of digital-only brands across the country which taken together will create 46 new journalism jobs.

The Manchester Evening News has revealed its new brands MyBolton, MyBury and MySalford will be edited by Paul Gallagher, Reach’s executive editor for digital development.

They are joined by Paige Oldfield, who moves from the Derby Telegraph, and football reporter John McDougall, who has transferred from Cheshire Live.

Wales Online social media writer Josh Knapman, like Marcus a native of Newport, will oversee the team in addition to his current role.

Chris Harper, currently deputy digital development editor for Reach’s East Midlands titles, is also being seconded for six months to work across the Midlands on the publisher’s hyperlocal news service In Your Area.

A number of new recruits have also been appointed across Reach’s existing city news sites Glasgow Live and Edinburgh Live.

Among them is former Paisley Daily Express and Ayrshire Post Editor Cheryl McEvoy, who joins Glasgow Live from the Daily Record digital team as content editor.

Claire McKim takes up the role of content editor, moving from group deputy head of digital at The Scotsman, while reporters Indigo Stafford and Sian Traynor join from That’s TV.