A journalist believed to be the longest-serving editor in the country has retired after running a weekly newspaper for almost 44 years.

Ian McCormack has said farewell to the West Highland Free Press, where he has overseen production of 2,290 editions of the paper.

Ian, pictured, joined the Free Press as a reporter in October 1975, before being promoted a few months later to replace the departing Calum Neish.

It is estimated he has edited more than 60,000 pages and looked over 75 million words during a four-decade period with the title, which is based at Broadford, on the Isle of Skye. 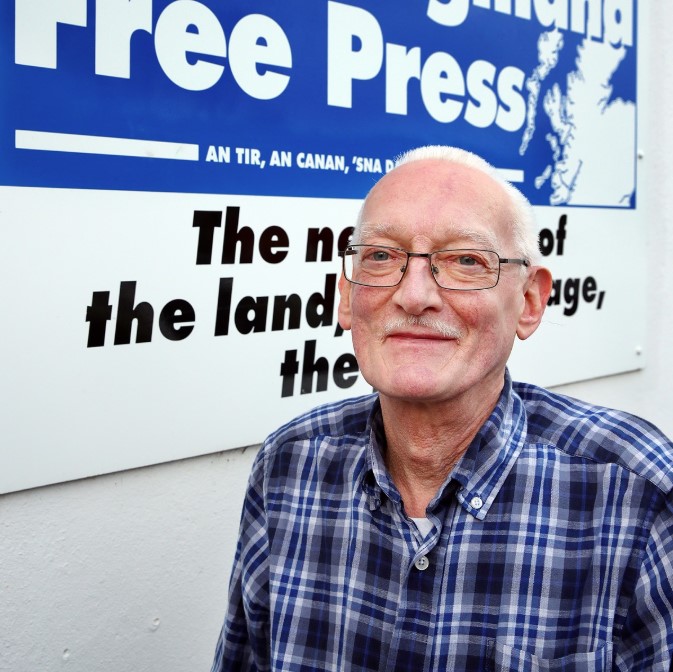 Ian had begun his career at the Kilmarnock Standard and later worked on Glasgow-based daily The Herald before moving to the Highlands.

Free Press managing director Paul Wood said: “Anyone who knows Ian well will know how understated he is and that he’ll hate any fuss to be made over his retirement.

“That won’t stop me from not only paying tribute to Ian’s unswerving loyalty and commitment to the Free Press over a 45-year career, 44 of those as editor, but also praising Ian’s central, often overlooked, part in the paper’s longevity, reputation and success.

“He has served this paper and our community with distinction. His contribution to Highland and Island life is immeasurable. An appointment of a new editor will be announced in the coming weeks.”

In September 2014, HTFP reported how Drew Cochrane, of the Largs & Millport Weekly News and the longest-serving editor in British journalism at the time, had left the paper of the 40th anniversary of his appointment.

If you know of an editor who has been in post longer than 44 years, please let us know at editor@htfp.co.uk.