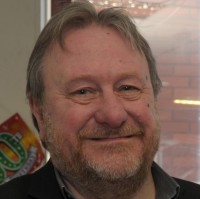 An award-winning weekly newspaper which closed less than eight weeks ago has been revived as a digital-only operation by its editor – with three other jobs being reinstated as a result.

Tindle Newspapers closed the Yellow Advertiser in May, the month after it won two prizes at the Regional Press Awards and the week after it ran an exclusive related to its three-year-long investigation into a child sex abuse ring in Essex.

Editor Mick Ferris, pictured, has now announced he has now taken over the Basildon-based title, whose website will go live once again this week.

A newspaper e-edition will also be available via www.yellowad.co.uk from next month.

Between 15 and 20 staff, including three working in editorial, were affected by the closure, and Mick has reinstated three of the jobs lost – chief reporter, sports reporter and salesperson.

It is hoped two further roles, one further journalist and another salesperson, will be revived in the coming months.

Mick, who is also managing director of the company, told HTFP: “It was ironic that just as we gained national recognition for our investigation, the title was closed down.

“This paper has served the people of Essex since 1976 and although it was obvious that a new business model would be needed to make it financially viable, after two spells as editor here I feel very strongly that the YA has a unique place in the communities it serves.

“However, there will be changes. The time has come to cast aside the limitations of print and the problems of distribution to concentrate on the limitless opportunities provided by the web.

“Rather than readers wondering why they don’t get their weekly copy while the people in the next street, or even across the road do, now everyone with internet access will be able to not only see the usual daily flow of local news and sport on our website, but also continue to enjoy a weekly newspaper, designed as if in print and available to read in digital form on a laptop, desktop computer or smartphone.”

The Advertiser won the ‘Making a Difference’ prize at the RPAs, chief reporter Charles Thomson also triumphing in the Weekly Reporter of the Year category.

Mick has thanked Tindle for its co-operation during the takeover process, and has vowed to continue the former free weekly’s policy of not charging readers for news.

He added: “Larger publishers can talk all they like about doing it to invest in high quality journalism, but I think we all know by now that’s rubbish.

“Publishers don’t even care when editorial wins national awards, so putting the words journalism and investment in the same sentence would be laughable if it wasn’t so insulting.

“The YA has been free to readers for more than 40 years. I believe they have an inalienable right to be informed so I will absolutely not be putting up a paywall and charging them for it.”