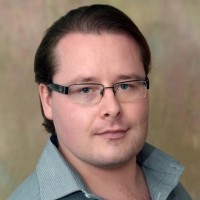 An award-winning journalist has been recruited to a regional publisher’s investigations unit.

Charles Thomson, formerly of the Yellow Advertiser, has joined Archant as an investigations reporter covering four titles in London and Hertfordshire – the Romford Recorder, Ham & High, Herts Advertiser and The Comet series.

Charles, pictured, won Weekly Reporter of the Year at the Regional Press Awards last year and was also the recipient of the inaugural Ray Fitzwalter Award for investigative journalism in 2018.

He was chief reporter at the Basildon-based Advertiser prior to its closure by Tindle Newspapers in June 2019, and has been freelancing since.

The Advertiser was later revived as a digital-only operation by editor Mick Ferris.

Charles said: “It’s a real honour to join the Archant investigations unit. I’ve long been an admirer of their work.

“It’s been an unusual start – working remotely, amid a national lockdown, on some of the more hidden impacts of the coronavirus pandemic – but I am enjoying the challenge and I look forward to working on many more exciting investigations in the future.”

Investigations editor Tom Bristow said: “I’m over the moon to be working with two such brilliant journalists. I can’t wait to see what they produce and I’m very excited for the future.”