A weekly newspaper has closed and editorial jobs are under threat in cuts affecting regional newsrooms across the UK.

Newsquest has confirmed the closure of the Chorley Citizen and also announced cutbacks at centres in Lancashire, Shropshire, Wales, Berkshire and Swindon in addition to those previously announced in Carlisle, Glasgow, Dorset and Hampshire.

The two remaining staff photographers from Newsquest’s North and Mid-Wales titles are believed to be at risk along with the ad design teams currently based at Welshpool, Oswestry and Colwyn Bay.

A feature writer and deputy sports editor are at risk in Swindon, while redundancies, including a staff photographer, have also been proposed in Berkshire.

Three positions are further understood to be at risk at the company’s Lancashire titles which include the Lancashire Telegraph and Bolton News.

However no jobs have been lost specifically as a result of the Citizen’s closure, and a reporter working on the paper has been transferred to a role in another newsroom in the region. 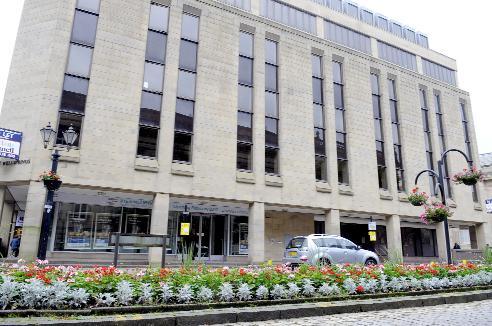 The office of the Bolton News

Discussing the Citizen’s closure, Karl Holbrook, Newsquest regional editor for Lancashire said: “The decision to close the loss-making Chorley Citizen has not been taken lightly, but it is crucial that we focus all our efforts on the long-term stability of the business and deliver titles which can sustain our business for the future.

“I am eternally grateful for the opportunity the Chorley Citizen gave me at the start of my career and have been proud to have been able to represent my hometown in my role as regional editor.

“I would like to thank all our readers and advertisers for their support over the years, and we hope they will understand why we have made this decision in these challenging times.

“We will continue to fight for our readers across Lancashire and Greater Manchester through our other titles, including our daily Lancashire Telegraph and Bolton News brands.”

The latest cuts come in the wake of a number of other job losses at Newsquest centres in recent weeks.

Earlier this month it was revealed up to seven jobs were set to be lost at the company’s titles in Cumbria, while staff at Glasgow-based newspapers The Herald and Herald on Sunday were told the company may be forced to make compulsory redundancies unless “a number” of journalists volunteered to leave.

National Union of Journalists members working for Newsquest in Glasgow are currently being balloted on possible industrial action over the plans.

Elsewhere, five journalism jobs including an editor role are set to be made redundant as part of cutbacks affecting the Southern Daily Echo, Bournemouth Echo and Dorset Echo.

A Newsquest spokesman told HTFP: “The environment for news publishers remains very challenging, given in particular the very substantial loss of revenue to other digital advertising platforms.

“At Newsquest we are focused on ensuring that news brands have a sustainable future. We continue to restructure how we operate to ensure we work as efficiently as possible across the business.