Up to seven jobs to go in regional publisher’s cutbacks

Up to seven jobs are set to be lost in a fresh round of cutbacks by a regional publisher.

Newsquest has confirmed planned redundancies in Cumbria, which will see three feature writers roles at risk of redundancy in Carlisle, as well as arts and leisure writer at the Westmorland Gazette.

Those leaving the business will be replaced with a reporter working across the group on features and entertainment content.

In a separate move, six employees working on the company’s magazines in the same region have also been put at risk of redundancy – with two new jobs being created as a result.

The newspapers impacted by the cuts to features will include Cumberland News, Carlisle News & Star and the Westmorland Gazette, while the titles affected by the magazine redundancies include Cumbria Life, Dumfries and Galloway Life and Carlisle Living. 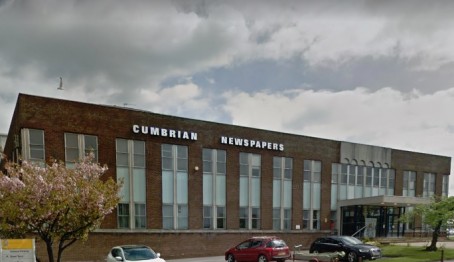 The National Union of Journalists has urged Newsquest to reconsider its proposal, which it claims was announced to unaffected staff via a note pinned to the office noticeboard.

In a statement, the NUJ Carlisle chapel said: “Our titles in Carlisle – The Cumberland News and News & Star have already suffered catastrophic cuts. We have lost all our sub-editors, four out of our five photographers, and most of our experienced reporting staff.

“The company is also currently consulting on a proposal to axe four jobs from our magazines section in Dalston Road. This NUJ chapel wishes to put on record our view that these further attacks on our journalistic capacity are cuts too far.

“Should the redundancies go ahead, they will leave our Carlisle newsroom with just two senior journalists in full-time writing roles on the news side of the business. This will damage our reputation in the community and therefore our business.

“It will severely limit our ability to provide quality journalism, leaving our titles largely dependent on junior staff and non-journalist contributors, who provide free content, some of it commercially driven entities.

“We know there is an appetite for impartial, well-written, quality local journalism, but this can not be delivered effectively by a newsroom where mostly junior staff are employed. That would be unfair to those younger staff, and unfair for our readers. We would like an answer to this simple question: ‘How will discarding three of our most talented, experienced journalists help our business to thrive and prosper?'”

The chapel went on to urge Newsquest to “invest in journalism”.

The statement added: “We understand that free, user-generated content is a valuable addition to our titles. But it should not replace journalism. Readers are less likely to pay for a product which lacks the depth and quality senior journalists provide. Our Carlisle chapel feels more could be done to exploit the digital potential of our features content.

“Should Newsquest press ahead with these cuts, our reputation will be so damaged it may prove impossible to attract young journalists to our business. Indeed, our staff now arrive daily at work with a hugely unsettling question at the forefront of their mind: who will be next. This is no way to run a business.

“So for the sake of our readers, our customers, our business, and our journalism, we urge Newsquest to reconsider. If this business is to thrive in the future, it must pursue profit through investing in journalism, not through constantly cutting costs by weeding out experienced staff, who are respected and trusted in the community we serve.”

The NUJ also said the magazine cuts would mean that most of the production work on the titles would now take place in Newport, Gwent.

A Newsquest spokesman said: “We’re focused on ensuring that we have a sustainable business that can support local journalism for many years to come. Given the very substantial loss of advertising revenue to other digital advertising platforms, we’ve had to significantly restructure how we operate and work more efficiently across the business.

“Whilst these potential redundancies are regrettable, it means we can continue to invest in frontline reporters which are central to the continued success of our local news brands.

“In terms of CN Group, it is worth highlighting that CN was a loss making business when Newsquest acquired it – we have now put the business on a more sustainable footing.  Newsquest also secured the pension benefits of CN Group employees, past and present, when it invested in the company.”