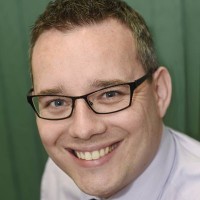 A regional daily editor is leaving his role in cuts which could also see a weekly newspaper editor’s post put at risk, union chiefs have claimed.

The National Union of Journalists says Carlisle News & Star editor Chris Story is leaving his position without replacement, while the role of Andrew Thomas, who edits the Westmorland Gazette, is at risk of redundancy.

According to the NUJ, the associate editor and content editor of the Workington Times & Star and Whitehaven News are both under threat as well.

Such proposals, the union says, would leave Newsquest Cumbria group editor Vanessa Sims in charge of all Newsquest tiles across the county, although the company has just promoted a member of staff to become deputy group editor.

Chris, who took on his current role in April last year, is understood to have taken voluntary redundancy.

HTFP reported at the start of this month that three feature writers role were being put at risk of redundancy in Carlisle, as well as arts and leisure writer at the Westmorland Gazette.

The union has further revealed journalists at Newsquest’s Darlington centre were informed that the post of weekly multi-media content manager, responsible for producing much of the Darlington and Stockton Times, was being made redundant, along with a sports editor and a freelance specialist writer.

Darlington is also set to lose its IT technician as part of a nationwide cull of 14 jobs, according to the union.

The NUJ Darlington chapel said in a statement: “The chapel has already raised concerns about the level of staffing, workloads and consequences for the health and well-being of members, so the announcement of further redundancies at this time is devastating to all concerned.

“Five senior reporters have already left the company this year for better jobs. We believe the situation in editorial is at crisis level and would like to see the company address this issue urgently.”

As reported on HTFP yesterday, Newsquest has also announced cutbacks this week at centres in Lancashire, Shropshire, Wales, Berkshire and Swindon.

In a separate move, Newsquest’s South East editor-in-chief Chris Hatton has announced two potential redundancies across his region, with the North Essex sports team reduced from three to two and the post of production editor in Sutton being axed.

The proposals were contained in an announcement to staff yesterday which has been seen by HTFP.

Chris Morley, Newsquest NUJ group chapel coordinator, said: “”Many of the workers being cast aside are crucial to the output of their titles and associated websites and colleagues find it difficult to understand how any semblance of quality can be maintained once they leave.

“The job losses are most often older, more experienced staff whose local knowledge and invaluable experience are being lost to the detriment of their local communities.

“We challenge Newsquest to show that it is safe to make these cuts and will not pose a risk to the health of those expected to pick up the pieces.”

NUJ members working for Newsquest in Glasgow are currently being balloted on possible industrial action over redundancy plans, while five journalism jobs including an editor role are set to be made redundant as part of cutbacks affecting the Southern Daily Echo, Bournemouth Echo and Dorset Echo.

Newsquest has been approached for a comment on the union’s claims.