A regional magazine threatened with closure after 20 years in business has been rescued after being bought by an independent publisher.

The Sunday Independent has announced it has struck a deal with Reach to save Cornwall Today, which was set to cease publication last month.

Cornwall Today had announced via social media that it was set to shut, but its publisher Reach later said it was “exploring options” to preserve the monthly title.

The Liskeard-based Independent will now take on two of the magazine’s long-serving staff members, editor Kirstie Newton and graphic designer Edwin Andrews, who will continue to be based in Truro “for the immediate future”. 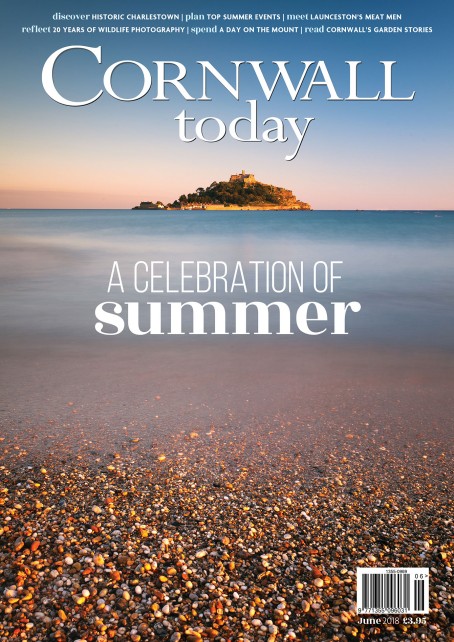 Said Kirstie: “I’m thrilled that Cornwall Today will continue to publish, and know our readers will be, too. When our closure was initially proposed in March, I was deluged with calls and emails from subscribers who told me how much the magazine means to them, and how badly they would miss it.

“I firmly believe that Cornwall Today will flourish under the ownership of the Independent group, and I look forward to cementing its position as the premier magazine for the county.”

The July issue, the first under Independent ownership, will be published on 21 June.

The Independent group has also recently launched two editions – Cornwall and Plymouth/West Devon – of Independent Property Plus, a free property newspaper of which 40,000 copies are distributed each fortnight.

Group editor Stuart Fraser said: “In these days of ‘fake news’ and data scares, print is re-establishing itself as people’s most trusted, most valued form of information and entertainment within their communities.

“Cornwall Today offers a picture of our lives that is always interesting, always colourful, always vibrant. We’re delighted to add the magazine to our family of titles, and to welcome its loyal subscriber base to our fold.

“We now cater to an increasingly broad range of readers’ tastes, and can offer advertisers an unrivalled exposure across our range.”