A group of journalists who lost their jobs after a series of weekly newspapers ceased publication are taking legal action over their dismissal.

A total of 27 former staff at the ‘View From’ series have launched an employment tribunal claim, with the matter due to be heard at Exeter Combined Court Centre in September.

The claimants, who were all made redundant as a result of the closures in January, say they are all still awaiting pay in lieu of notice, redundancy money and arrears of pay.

Media director Duncan Williams bought the titles – which cover areas of Dorset, Devon and Somerset – after they ceased publication at the start of the year, but says he only purchased the intellectual property rights for the brands. 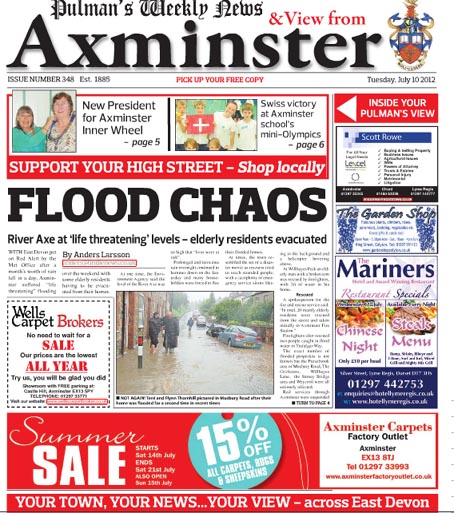 HTFP reported in January that Mr Williams had agreed to purchase of the series from previous owner Peter Masters, who had bought the titles himself less than six months before their closure, but said an “accountants audit” would take place before any decisions were made about relaunching them.

He has since sold the company to Michael Banks, a Portugal-based businessman.

Mr Williams told HTFP: “I remain very pleased indeed with the purchase of the intellectual property rights of these regional media brands. They have always had an important part to play within West Country communities.”

“Obviously, this is a matter for the courts to settle and further comment at this time would be inappropriate and prejudicial to legal process.”

Truro City Football Club chairman Mr Masters has previously told HTFP: “The legal transaction was done. [Mr Williams] did his due diligence. It’s not my company.”

Former View From deputy editor James Coles, spokesman for the claimants, said: “As for who is responsible for paying us what we’re owed, we’ll leave that in the hands of the tribunals service.  We just want what we’re entitled to.”

Originally founded by Philip Evans, who recently received an MBE for his services to journalism and the community, they were sold to Tindle Newspapers before being reacquired by Mr Evans and two other newspaper executives in a management buy-out.

The titles, which had a combined weekly distribution of 33,000, were then purchased by Mr Masters in July last year, following his buyout of the Liskeard-based Sunday Independent earlier in 2017.

Mr Evans, who declined to comment on the tribunal claim, continued to run them until their closure, which was put down to “continued falling revenues.”