New editors have been unveiled at two news websites as part of a restructure which has also seen their publisher create a new “regional content hub”.

Reach plc has announced the appointment of Philippa Jenkins to the editorship of Cornwall Live, while Edd Moore has become editor of Plymouth Live.

At the same time, Philippa’s predecessor Jacqui Merrington has been promoted to regional digital editor, while a new “regional content hub”, based at Reach’s Plymouth offices, has also been created.

HTFP understands two staff working on Reach titles in Cornwall have now relocated to Plymouth, along with three who had previously been based in Exeter, although no offices have closed as a result of the changes. 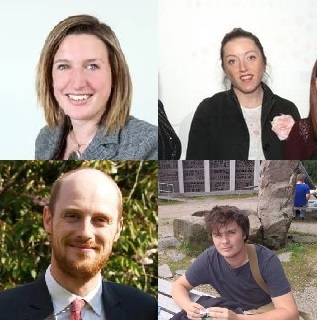 As reported on HTFP last month, Richard Booth has also recently been appointed editor of Devon Live, following the departure of Patrick Phelvin for a police PR role.

Said Jacqui: “In the past 18 months, we’ve launched three new websites that have captured a huge and growing audience across Devon and Cornwall.

“Building a regional newsdesk in Plymouth enables us to bring the best bits of these sites together, while the appointment of three new editors will ensure we maintain and further develop their unique brands.

“I’m really excited to be working with Edd, Rich and Philippa and the rest of the team in Plymouth, Devon and Cornwall, to take the sites to the next level and further build our loyal audience in the West Country.”

Philippa, 30, started her career at the North Devon Journal in 2011 as a trainee reporter before moving to the Midlands to work for the South West News Service news agency.

She then went onto work at the Western Daily Press in Bristol, where she was digital editor, followed by the Bristol Post where she took on the role of head of sport.

Philippa, who grew up in Devon, moved to Cornwall last year to work at Cornwall Live as head of audience engagement.

She said: “I am delighted to take on the editorship of Cornwall Live, particularly at such an exciting in online journalism. The team in Cornwall is brimming with ideas and enthusiasm to further harness our growing audience and I am looking forward to seeing the website go from strength to strength.”

Edd, 33, joined Plymouth Live’s sister daily newspaper the Plymouth Herald as a trainee reporter in 2008, and has held roles there including chief reporter, deputy news editor and head of content.

He said: “When we spoke about what Plymouth Live should be, it was clear we should be guided by our audience and redefine our traditional boundaries.

“It’s really exciting to be launching a new digital brand rooted in what people in our city are really talking about – be that news, sport, what’s on or anything in between.

“We are lucky to have a team of such highly talented journalists and I’m honoured to be playing a leading role in growing Plymouth Live alongside them.”