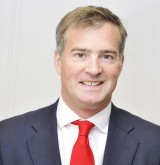 Newsquest has completed the purchase of a family-owned independent publisher which runs two regional dailies and five weeklies.

The deal to buy the CN Group was unanimously approved by shareholders at an extraordinary general meeting held in Carlisle.

CN, which has been run by the Burgess family for four generations, currently publishes Barrow-based daily The Mail and the Carlisle News & Star, as well as weeklies the Cumberland News, Hexham Courant, Workington Times & Star, Whitehaven News and the Advertiser, which serves southern Cumbria.

It sold its two radio stations, The Bay and Lakeland Radio, in the autumn of 2017.

The terms of the Newsquest deal have not been disclosed.

“Despite their best efforts, the company has been loss making for the last couple of years, held back by its pension deficit and the aggressive structural change that has undermined the economics of traditional newspaper publishing.

“We will be working with the CN team in the coming months on a plan to get the business back onto a stronger financial footing and in so doing secure its long-term future.

“We will bring benefits of scale, particularly in activities such as production, purchasing, technology and digital marketing services, enabling them to continue to excel at what they have done so well for many years – delivering first class journalism and great advertising solutions for local people and local businesses.”

The deal represents the latest expansion for Newsquest which over recent months has purchased independent publisher NWN Media, as well as the Isle of Wight County Press.