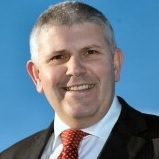 An independent publisher’s chief executive and its finance director have decided to step down following the company’s sale to Newsquest.

The Newsquest North division, which includes the Northern Echo, the Bradford Telegraph & Argus and York daily The Press, will now additionally include the CN titles including Carlisle’s News & Star and Barrow daily The Mail.

Newsquest completed the purchase of the Carlisle-based group – which publishes two dailies and a number of weeklies – earlier this month.

A Newsquest spokesman said: “Miller and Tony made it clear from the outset that they wanted to use the sale as an opportunity to move on to pastures new.  They have made a great contribution to CN Group and we wish them all the best in their future endeavours.”

Prior to joining CN in 2015, Miller spent seven years as managing director of Archant’s East division, and also previously served as MD of Newsquest’s York operation.

His and Tony’s departures were mentioned in an email to CN staff from Newsquest chief executive Henry Faure Walker earlier this month.

Henry wrote: “I appreciate changes as a result of new ownership can be unsettling. I can’t promise you that we won’t make changes; but I can say that any changes we do make will be driven by our goal to help you make the CN business as sustainable and as successful as possible, and well equipped to navigate and take advantage of the opportunities from the fast changing media landscape.

“As you know Miller Hogg and Tony Fox have decided to step down from the business. I’d like to thank Miller and Tony for the sterling contribution they have made to CN Group, and I am sure you will join me in wishing them all the best for the future.”