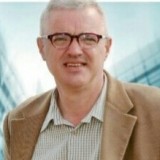 A media director has been found personally liable for money owed to a group of journalists who were made redundant after a series of weekly newspapers ceased publication.

An employment tribunal has ruled Duncan Williams, left, is liable for the payments following legal action taken by 28 former employees of the View From series of newspapers, which cover areas of Dorset, Devon and Somerset.

All but one of the staff in question were made redundant by their then owner, Sunday Independent publisher Peter Masters, on 4 January this year after the titles ceased publication.

But a judge at Exeter Combined Court yesterday concluded that because Mr Williams had bought the titles on 16 January, all rights, powers, duties and liabilities had then transferred to him.

Mr Williams, who did not attend the two-day hearing, had stated he had only purchased the intellectual property rights for the brands from Mr Masters after they had ceased publication.

He has told HTFP he now intends to appeal the decision.

According to a report of the hearing by Cornwall Live, employment judge Nicholas Roper concluded Mr Williams was personally liable for claims for unfair dismissal and statutory redundancy payments made by the former employees.

He was found jointly liable with Vibe Marketing, which Judge Roper described as a “shell company”, for pension deductions.

Vibe Marketing itself, of which Mr Williams has denied being a director, was found liable for a further claim relating to pension deductions from July 2017.

The judge found that Mr Masters, who is also chairman of Truro City Football Club, was not liable for the claims.  He had bought the View From titles himself less than six months before they were closed.

The 28 claimants will now attend a further hearing next March to determine how much money is owed to them.

While most of the claims relate to the closure of the titles in January, one relates to a claim of unfair dismissal in December 2017, before the titles ceased publication.

Mr Williams told HTFP he was appealing the decision and further denied he was a director of Vibe Marketing. Former View From deputy editor James Coles, spokesman for the claimants, has declined to comment further.