An independent publisher has closed a local newspaper almost nine years after it bought the title.

Tindle Newspapers has confirmed the closure of View From the Blackdown Hill, which circulated in the borders of Devon and Somerset.

The free monthly title, which had a circulation of 6,000, was purchased by Tindle in 2009.

The company says no journalist jobs have been lost as a result of the closure. 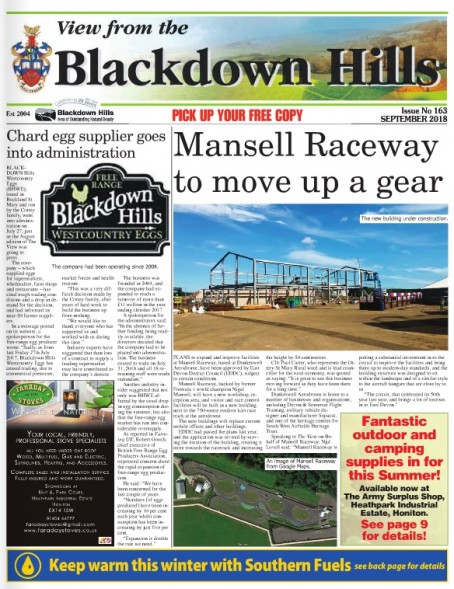 “Tindle newspapers have been proud to serve the people of the Somerset/Devon border.  The last edition was printed in September. No journalists were made redundant.”

Last year a number of the paper’s ‘View From’ sister titles were purchased by Sunday Independent publisher Peter Masters.

Earlier this month a judge found Duncan Williams, who subsequently bought those titles in January this year after they were closed by Mr Masters, was personally liable for money owed to a group of journalists who were made redundant as a result of the closures.

Mr Williams has said he intends to appeal the decision.