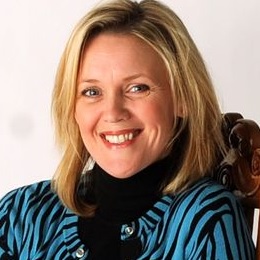 wo local news websites are set to be incorporated into a new London-wide online news platform in the latest digital move by publishing giant Reach.

The company, formerly Trinity Mirror, has announced the launch of MyLondon, which will absorb GetWestLondon and the online arm of the Croydon Advertiser as well as covering whole new patches in the North and East of the capital.

It is the latest in a series of ambitious moves by Reach to launch new online brands in cities and areas traditionally served by rival publishers, such as Glasgow, Belfast and Leeds.

The local print newspaper market in North and East London is largely dominated by Newsquest and Archant, while the George Osborne-edited Evening Standard and its companion website is currently the only newsbrand that covers the whole of the capital.

MyLondon will go live tomorrow after which visitors to GetWestLondon and the Croydon Advertiser will be redirected to the new site.

It is understood Cambridge News and Cambridgeshire Live editor-in-chief David Bartlett has been seconded to serve as launch editor, while Kent Live editor Luke Jacobs will run its “brand team”, tasked with bringing in creative and original content.

Andy Worden, current editor of both the Advertiser and GetWestLondon, will lead MyLondon’s breaking news team.

As well as the breaking news and creative teams, it is understood that there will also be a search engine optimisation and ‘evergreen content’ team.

“Based on an ‘I love London’ approach to living, working, commuting to, playing in the capital, MyLondon.News is London for Londoners.

“Our research has shown there is an appetite for a trusted, local London news brand with personality — especially among 25–34-year-olds who expect more from their go-to website than the bare bones of what’s happening now.

“They want to be informed, yes, but also entertained and moved. Importantly, they want a London that reflects the lives they are living, the commutes they are taking, the food they’re eating, the cliches they’re laughing at. MyLondon is designed for those of us who live in London, who love London, who know what’s wrong with the capital but woe betide anyone else criticising the place.”

The move was first announced on Get West London and its social media channels earlier this afternoon.

A Q&A-style story on Get West London stated: “We’ve grown GetWestLondon to a point where we feel we can cover much more of this brilliant capital.

“We have found over the last couple of years that our readers aren’t just interested in what’s happening in their specific part of London. Some of you live in Hounslow or Uxbridge but work in central London. Or perhaps you live in Harrow but work in Islington.

“A London-wide site allows us to cater for an ever-growing audience from all parts of the city, while maintaining what we have always done by bringing you the latest news and information from west London itself.”

Reaction on the site’s Facebook page was mixed, however, with several users bemoaning the prospect of London-wide news rather than stories specific to their area.

In response, it was explained that the GWL Facebook page would continue to carry West London news and that separate Facebook pages would be created for north, east, south and central London.

Glenn Ebrey, a former editor of the Croydon Advertiser, pointed out on Twitter that the Advertiser’s website has now had four different names in the last eight years, going from icsouthlondon to thisiscroydontoday to croydonadvertiser to MyLondon.

Commented Glenn: “I don’t pretend to have all the answers to the future of local journalism, but one thing I do know – the constant game of musical chairs does not help.”