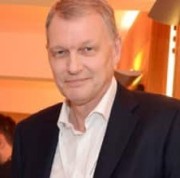 Regional publisher Johnston Press is under new ownership after its bondholders agreed to wipe out £135m of the company’s debts in return for control of the business.

A newly-formed company, JPIMedia, has taken charge of the 251-year-old publisher in a “pre-packaged” sale after it was briefly placed in administration earlier today.

The owners comprise the bondholders who were previously owed a total of £220m by JP and are headed by US-based hedge fund Golden Tree Asset Management.

They have agreed to wipe out £135m of the debt, extend the repayment period for the remaining £85m  to 2023, and inject a further £35m of new money into the business.

The new owners says the deal will safeguard the future of the group and ensure that its 200-plus newspapers and websites will continue to operate as normal.

David King, pictured, formerly chief executive of Johnston Press, becomes CEO of JPIMedia and will continue to lead the business.

He said: “The sale of the business to JPIMedia is an important one for the Johnston Press businesses as it ensures that operations can continue as normal, with employees’ rights maintained, suppliers paid, and newspapers printed.

“We will focus on ensuring the group’s titles continue to publish the high-quality journalism we are known for and which has never been more important. I look forward to working with JPIMedia to assess and implement the opportunities available to us in the future, underpinned by a stronger balance sheet.”

John Ensall, director of JPIMedia added: “In the absence of another financial solution being available for the business, we are pleased to have reached this agreement to acquire Johnston Press, to protect the value of the business, preserve jobs and allow for the uninterrupted publication of its websites and newspapers.

“As part of this transaction we have reduced the level of net debt very significantly and invested £35m to put the business in a far stronger financial position.

“We look forward to working with the management team as they embark on the next chapter in Johnston Press’s story in the media sector, with the resources to support local and national journalism and embrace the digital future.”

And Jeremy Clifford, JP’s editor-in-chief, hailed what he called “the start of a new chapter” in a series of posts on Twitter.

Wrote Jeremy: “It’s been quite a journey to get to where we are today and a new company JPIMedia. Our editorial values stay the same. Our great team of journalists will continue to bring you the news on all platforms. I thank them for what they do, day in, day out – especially during past 24 hours.

“All staff transfer to the new company which is on a much stronger footing. This is the start of a new chapter.”

But the deal has been described as “shameful” by Christen Ager-Hanssen, whose 25.06pc shareholding in the old JP was rendered worthless by the decision to take the company into administration on Friday night.

“Their actions today, ensuring their own jobs are safe, but sacrificing the pensions of their loyal staff, many of whom will no doubt also lose their jobs under the new ownership of a US hedge fund, is simply a disgrace and a vulgar display of the worst elements of capitalism,” he said.

JPIMedia says it will offer a defined contribution pension scheme to all employees but added that, as a consequence of the transaction, an “assessment period” has been triggered for JP’s existing defined-benefit pension scheme.

The company announced on Friday night that the pension scheme would not transfer to the new owners and that the government’s ‘lifeboat’ scheme, the Pension Protection Fund, would now assess whether the scheme needs to enter the PFF.

The National Union of Journalists has called for “meaningful guarantees” to protect jobs and titles across Johnston Press but described the loss of the defined benefit pension scheme as a “serious blow.”

General secretary Michelle Stanistreet said: “We welcome the commitments made by the current management of Johnston Press that no jobs will be lost in this process and the terms and conditions of staff are protected.

“However, we have significant concerns about what the long-term intentions of the newly-created company will be. We want meaningful guarantees on the future and integrity of these titles and the livelihoods of staff, and a commitment that this is not a transition leading to a carve-up of the group motivated by asset-stripping rather than a commitment to journalism and publishing.”

“Forcing the pension scheme into the PPF is a terrible blow for all of those members of the scheme and their future retirement plans, whilst the new owners are rewarded with a company free of its responsibilities and obligations to its pension fund.”