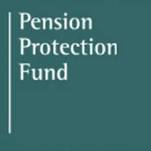 The administrators of regional publisher Johnston Press are facing a multi-million pound claim from the government’s pensions ‘lifeboat’  over last weekend’s rescue deal for the company.

The Pensions Protection Fund has confirmed it will lodge a claim of £305m with the company’s administrators, a figure which it calculates to be the cost of continuing to secure the benefits of JP’s pension scheme members at their current level.

Last weekend’s deal saw JP go into adminstration before being bought out by a new company, JPIMedia, made up of the holders of its £220m debt pile in a so-called “pre-pack” deal.

However the company’s defined benefit pension scheme did not transfer and is now expected to come under the PPF, a lifeboat scheme set up by the government to provide pension benefits to members of scheme whose sponsoring employers have become insolvent.

As part of the process of assessing whether a scheme is eligible, the PPF is obliged under the Pensions Act to seek to recover the total cost of continuing to provide the existing level of benefits, hence the claim against the administrators.

Given the company’s previous level of debt, however, the claim is unlikely to succeed, which would mean the PPF providing a slightly lower level of benefits to those pensions are yet to become payable.

Those members of the scheme who are already over retirement age and in receipt of their pensions will continue to provide 100pc of their existing benefits.

However those members of the scheme who are still in employment, estimated to be around 250 in number, are likely to receive 90pc of the benefits they would otherwise have been entitled to.

Johnston Press has insisted that it met all its obligations to the scheme and that it kept the PPF informed throughout the period of the strategic review in which it sought ways of refinancing the £220m in bonds due to be repaid next summer.

A spokesperson told HTFP: “Johnston Press has been in regular dialogue with its pension scheme trustees, the Pension Regulator and the PPF since 2014.

“Throughout our extensive and detailed discussions during the strategic review we have kept them informed every step of the way.

“Up until the administration the company met all its obligations to the scheme, with more than £55m paid in relation to the plan from the beginning of 2014.”

A PPF spokesperson said: “We have concerns surrounding the details of this pre-pack administration. We will continue to work working closely with The Pensions Regulator and the company administrator to ensure the best outcome for the PPF and our levy payers.

“We want to reassure members of the Johnston Press Pension Plan that their benefits are protected by the PPF at what must be an unsettling time for them.”

Meanwhile the Shadow Secretary of State for Scotland, Lesley Laird, has requested an urgent meeting with JPI Media bosses to seek clarity on the future of the company’s Scottish titles as well as the pensions issue.

She said: “Questions must be asked why Johnston Press’ board pursued a pre-pack administration deal which offloaded a pension deficit of at least £40m onto taxpayers and devalued future pension pay outs for hard-working local journalists.

“It’s only thanks to journalists’ pride, loyalty and sheer graft that JP newspapers in Scotland survived a decade of continual staff cutbacks by management and yet, in the final death throes of Johnston Press, staff were penalised yet again.

“Employees have been given reassurances by JPI Media that jobs have been safeguarded under this new deal. I need a more substantial commitment than that and will be contacting CEO David King to find out what the nuts and bolts of that promise actually look like.”