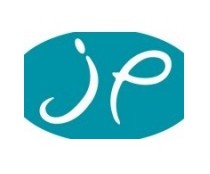 Fresh questions have been raised over the “pre-pack” sale of Johnston Press after the boss of the pensions ‘lifeboat’ suggested not enough was done to market the group’s individual titles.

The regional publisher was sold to JPI Media, a new company made up of its previous debtors, last month after a brief period in administration.

But Oliver Morley, chief executive of the Pensions Protection Fund, has questioned what he called the “apparent rush” to complete the deal, saying that JP had “more than adequate cash reserves.”

Mr Morley also said he was concerned that by marketing the whole company for sale rather than individual titles, the old JP board might not have achieved the best outcome for creditors and pensioners.

As previously reported, the sale process prior to the company going into administration led to six offers for all or part of JP, including a £150m bid for the whole company and separate offers for the i newspaper and for JP’s South Yorkshire titles, including Sheffield daily The Star.

Mr Morley’s comments came in a letter to veteran MP Frank Field, chairman of the Work and Pensions Committee, who has previously voiced his own concerns about the deal.

He said: “Although all parties were aware that the group faced a very difficult task in refinancing the £220m bond debt that was due for repayment in June 2019, there was no indication that the business was cashflow insolvent.

“We had been led to believe that the group actually had more than adequate cash reserves, including enough to pay the next pension contribution amounting to c£800k due on 18 November.

“We invited the company to provide evidence of the ‘burning platform’ for proceeding with a swift pre-pack which was not forthcoming.

“Accordingly we could not, and still don’t, understand why there was an apparent rush to complete the pre-pack administration.”

Mr Morley went on to suggest that the company might have been worth more broken up into its component parts than sold as a single entity.

He said: “At meeting with the company. we challenged if suitable marketing of all the businesses had been carried out to ensure that the best financial result on a legal entity basis was being achieved for the creditors of each of the companies.

“The response received then, and which has been reiterated since by the administrators, was that the marketing of the group as a whole was sufficient to ensure the best result was achieved.

“At the present time, we remain concerned that the approach taken to the marketing may not have adequately flushed out interest in single or batches of titles that may have achieved a better result for creditors including the pension scheme.”

The PPF is a ‘lifeboat’ scheme set up by the government to provide pension benefits to members of scheme whose sponsoring employers have become insolvent.

It has confirmed it will lodge a claim of £305m with JP’s administrators, a figure which it calculates to be the cost of continuing to secure the benefits of JP’s pension scheme members at their current level, but given the company’s previous level of debt, the claim is unlikely to succeed, which would mean the PPF providing a slightly lower level of benefits to those pensions are yet to become payable.

Mr Field also questioned the timing of the pre-pack deal and called on The Pensions Regulator, which is carrying out its own inquiries into the deal, to act.

He said: “It’s clear that the PPF, which is left to foot the bill, has serious doubts about this pre-pack deal. The Pensions Regulator has promised to be quicker and tougher — now would be a good time to start.”

“The directors took legal and financial advice and concluded that there was no alternative courses of action available to the company.

“Although the business was trading profitably, on an operating basis, the conclusion of the Formal Sales Process demonstrated that there was no longer a reasonable prospect of the company finding a way to repay the £220m bond that fell due for repayment on June 1 2019 or otherwise avoiding an insolvency process.

“This meant that the directors came under a legal obligation to petition the relevant courts on an urgent basis. The timing was wholly unconnected to the £800,000 monthly pension contribution the company was due to make. The Group has made payments of £55m in respect of the scheme since early 2014. The PPF and the Pensions Regulator were informed of the proposed timing for these applications in advance.

“As outlined in the report prepared for creditors by the administrators, a total of 63 parties were contacted during the Formal Sales Process conducted by the company leading to six offers being tabled, including one for the business as a whole.

“Yet no viable solvent offers were received, with no parties willing to acquire the pension obligations.”