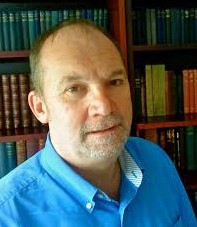 Back in 2010/11, former regional editor Neil Fowler spent a year as the Guardian Research Fellow at Nuffield College, Oxford compiling a lengthy report on the UK regional newspaper industry.

At the time he warned that the debt burdens hanging over some regional publishers would ultimately prove unsustainable and argued that they should be allowed what he called an “orderly default” on their debts.

Now, in the wake of Johnston Press’s re-emergence as JPIMedia following a brief period in administration last weekend, Neil revisits his arguments and assesses the opportunities for the new company.

It gives me no pleasure to say that I predicted last week’s maelstrom around Johnston Press in 2011 – but it has been coming a long time – and in clear sight, which is almost the biggest scandal of all.

My prediction was in one of my (more controversial) suggestions following my year as a research fellow at Nuffield College, Oxford, where I looked at the future of regional and local newspapers. The final document is at https://tinyurl.com/ybzqtv62 if you want a cure for insomnia.

I suggested that JP (along with the then Trinity Mirror and Gannett) should be allowed an ‘orderly default’ on its then debts, which could have meant more long-term value for those holding the debt, some value for shareholders, and a more robust future for its newspapers.

The recommendation was not to allow it off the hook in any way – or to forge a path for it to continue as it had been operating. But it was an acceptance for both JP itself and those who owned its debts that it was almost impossible for that debt ever to be paid off and to have any business of substance remaining.

(Trinity Mirror, now Reach, and Gannett have sorted their debt burdens, to a general extent, in different ways; TM by taking over Local World in 2015 and so diluting the ratios; Gannett by its demerger, also in 2015, when the publishing arm emerged debt-free.)

This radical reassessment of JP debt never happened then (the reaction among HTFP readers was particularly and predictably vitriolic, so I have my tin hat ready again) but here we are, seven years on, and it has happened, except it’s all been a little disorderly.

I appreciate that many pension scheme members and other stakeholders are unhappy about this move – but far better this route (albeit many years later than it should have been) than the alternative of the company crashing at some future point in to insolvency or receivership with all the associated horrors that would bring.

The Internet was already bringing significant disruption to the regional and local news sector in 2005 (I was publisher of the Toronto Sun at the time and Craigslist already had 30,000 free classifieds, including jobs, for the greater Toronto area, and Gumtree and eBay were just beginning to warm up in the UK). The days of sky-high margins were clearly soon to be dispatched to the spreadsheets of history.

Yet successive managements at JP (and elsewhere) carried on as though some miracle would occur and that their head-in-the-sand style of management would somehow come good. The purchase of the i was a good example. Could the cash involved there have been put to better use at The Scotsman or the Yorkshire Post?

The JP executives and directors were supported in their folly by the City, media analysts and so-called financial experts, who lent the money, encouraged the expansion and so ensured that JP would eventually fall apart in the way that it has.

The end result has been this disorderly default as JP slipped in to administration, followed by the debt holders now taking over the company and formerly major shareholders clearly unhappy. Very few associated with this sorry story will come out with much of a reputation.

However, in this atmosphere of unhappiness the company has an opportunity to try some different tactics – or even change the whole strategy of the business – but will it have the guts or imagination to do so?

Seven years ago there was still some chance that managements and investors with nerve and imagination (and honesty over the real state of the sector) might have tried some different business models. To their shame they chose not to.

So the need for the Frances Cairncross Inquiry to be radical and far-seeing is now even more pressing. But it may be that the mistakes and omissions of the past, of which the whole sector is guilty, are too deep-seated to overcome.

However, there is this little window, seven years later than it might have been; the new owners and the management of new JP have created a genuine opportunity for change, with debt gone and cash available – but it must involve investment in people, products, ideas and marketing.

It would be good to see some genuine efforts by new JP to do this; to try charging for news (ask The Times, people, it works; The Guardian’s voluntary payments scheme looks promising; and Private Eye, The Economist, the FT and The Spectator are all doing ok with their different business models) – though to do that the quality of the offer will have to be improved dramatically if more revenues are to be attracted. Or re-invent The Scotsman as the national newspaper of Scotland, in a way that readers will be willing to pay for, both online and in print.

What is sure that more of the same will not work (I said those exact same words in 2011); if new JP just does that then the final day of reckoning has only been postponed. I remain pessimistic that anything meaningful will change. But I do so hope to be surprised.

* Neil Fowler edited the Lincolnshire Echo, the Derby (Evening) Telegraph, The Journal (Newcastle upon Tyne), The Western Mail, Which? magazine and was Publisher/CEO of the Toronto Sun. He was Guardian Research Fellow at Nuffield College, Oxford in 2010/11.