A regional publisher is set to axe a weekly newspaper’s office as part of a restructure which has put four jobs at risk.

Newsquest is proposing to shut the office of the Wilts and Gloucestershire Standard, in Cirencester, with three roles there placed at risk of redundancy.

Those under threat are the paper’s arts editor, an editorial assistant and a receptionist.

In addition, the company is planning to reduce the number of sports editors working at three sister titles – the Standard, the Gloucestershire Gazette and the Stroud News & Journal – from three to two. 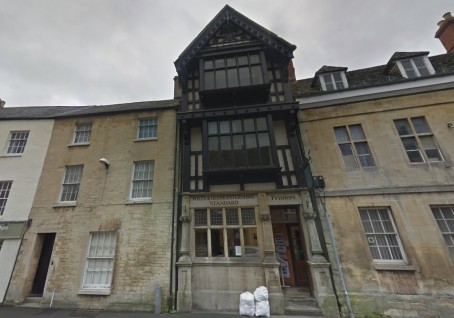 The Standard’s office, pictured, would be closed at the end of December if the proposal went ahead.

Remaining staff would be faced with working from the offices of the News & Journal or Swindon Advertiser, with remote working also a possibility.

The proposals come after the Gloucestershire Gazette’s office, in Dursley, was shut in 2015.

Staff there relocated to the News & Journal’s headquarters following the closure.

Tim Lezard, National Union of Journalists regional representative for the South-West, said: “It is sad to see the erosion of any newspaper moving out of its own town. The NUJ will do what we can to protect jobs and newspapers.

“Everybody knows that local journalism is vital for local democracy.”

Consultations with affected staff are set to be completed by the end of November.

Peter John, Newsquest group editor for  the West Midlands, which includes Gloucestershire, has declined to comment.