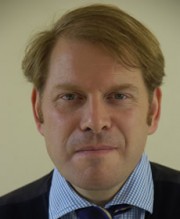 A regional daily is proposing to axe its long-serving arts editor – sparking dismay among the local arts community.

Charles Hutchinson, pictured, has worked at the York Press for the past 29 years, most of them as the paper’s arts editor.

Now his role is one of two under threat at the Newsquest-owned title along with that of a multimedia content editor.

The proposed redundancies are the latest in a series of editorial cutbacks at Newsquest titles over the past week including four in Gloucestershire, four in Darlington centre and eight in West Yorkshire.

Newsquest has defended the proposed cuts on the grounds that it will enable them to safeguard front-line reporting roles.

A spokesman said: “We continue to look for ways to run our business more efficiently in order to ensure that our titles have a sustainable cost structure for the future.

“Due to advancements in technology, efficiency savings are being proposed with the potential loss of a content management role in York, as well as an arts editor role.

“Whilst this is regrettable, it means we can continue to invest in front line reporters which are central to the continued success of our publishing business.”

However the decision to axe the arts editor role has led to a furious backlash in York’s thriving cultural sector.

“Charles has made a massive contribution to both the York and regional arts scene. He is a thoroughly cultural, intelligent observer of the arts,” he said.

“His reviews invariably offered fresh insight, but it is his instinctive engagement and support for the whole diversity of cultural life that makes him so special.”

Jo Hird, publicity officer for Pick Me Up Theatre, said: “I was really sad to hear this and deeply disappointed as Charles has always been such a great supporter of live theatre and performance in York.

“He’s always there, making sure there is coverage and doing a review when he can.”

“I’m seriously worried about the standard of arts coverage in our city going forward. Charles knows his stuff and would have been very hard to replace.

“As it is if his position is redundant we will presumably now have no dedicated reporting at all. It is a sorry day for York’s arts scene.”