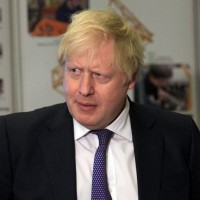 Boris Johnson has been accused of treating the regional press “like mugs” after snubbing local journalists during a visit to their patch.

Iliffe Media editorial director Ian Carter hit out after his titles were not informed beforehand about a visit to Kent by the Prime Minister on Monday.

Instead, Downing Street retrospectively sent newsrooms “some PR puff complete with pictures provided by his own personal photographer”.

The snub prompted Kent Online to run a story pointing out local media were not informed of the visit, while Ian himself was inspired to write a blog on the subject.

In the blog, he highlighted HTFP’s coverage of similar snubs by Mr Johnson in the past and industry reaction to the practice.

Ian wrote: “We are expected to make do with some PR puff complete with pictures provided by his own personal photographer, an act of taxpayer-funded vanity that never ceases to amaze me. Well sorry, but we aren’t playing.

“We were duty-bound to point out the conditions surrounding the visit, and will do so every time it happens again.

“I’m delighted to see we aren’t alone. A quick trawl of industry website HoldtheFrontPage reveals a depressing pattern of similarly PR-managed visits, but also – hearteningly – many editors calling it out.”

Ian also highlighted the example of Tory MP Julie Marson’s decision to end her column in the Bishop’s Stortford Independent after she refused to write about the Downing Street parties scandal.

“One of the unforeseen consequences of the current turmoil in Downing Street is the significant damage it has caused between local publishers and their MPs,” he wrote.

“On some occasions the fall-out has been spectacular – look at the row between our own Bishop’s Stortford Independent and MP Julia Marson.

“On others, it’s just a lingering sense of distrust and disappointment – editors who feel let-down their MPs went to ground when their readers were demanding answers about the reckless disregard for lockdown rules and MPs who feel they were unfairly criticised for the wrong-doing of others.

“It’s not a position we want to be in. Our publications are strictly politically-neutral and Kent has some of the best, most principled MPs I have observed. (In the interests of balance, it’s also got a couple of the worst.)

“I hope in time we can all move on, but treating the local media like mugs isn’t the way to start.”

In December, HTFP reported on a “bizarre” encounter between Mr Johnson and Kent Online digital optimisation editor Oliver Kemp during a visit to Ramsgate.

Oliver managed to obtain a photo of the PM despite his press officer insisting it would not be possible, while Mr Johnson also shouted “Kent journalism” during the visit.

He said: “It’s good to see that editors are regularly highlighting the stage management that goes into these visits. It doesn’t do us any good in the eyes of our readers if we just repeat what we are presented with.”

HTFP has approached Downing Street for an explanation as to why the media in Kent were not informed of Mr Johnson’s visit beforehand.