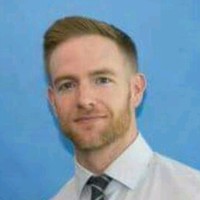 A local editor has hit back at an MP who used a national interview to criticise his newspaper’s coverage of her.

Joe Walker has defended the Kentish Gazette after Rosie Duffield, Labour MP for Canterbury, claimed her local paper had “dedicated quite a lot of column inches” to her private life.

In response, Joe cited just three examples of such coverage by the Gazette in the past five years and criticised the lack of access she has given to his paper during her time as an elected representative.

The spat comes amid an ongoing industry debate on the relationship between the regional newspapers and MPs, with one MP quitting as a local newspaper columnist after refusing her editor’s request to write about ‘Partygate.’

Ms Duffield brought up the subject of her local paper on Chopper’s Politics, the Daily Telegraph’s weekly politics podcast, after being asked by host Christopher Hope what advice she would give to herself when she was first elected in 2017.

She said: “My local paper has dedicated quite a lot of column inches to my private life – who I’m dating, that kind of thing – and I didn’t have a clue that would happen.

“There are worse things out there, there are people really suffering. I’m not trying to get everyone to play a tiny violin, but I wish I’d known that was going to happen.

But her comments provoked a critical response from Joe, pictured, as well as other regional and national journalists.

Posting on Twitter, Joe wrote: “So, Rosie Duffield tells us numerous times that she’s not available for interview with the Kentish Gazette, the paper of record in her constituency, but finds time to sit down with the Telegraph for a podcast. Entirely unsurprising.

“She also uses it to claim ‘my local paper has dedicated quite a lot of column inches to my private life – who I’m dating’.

“A quick search throws up three stories. One in 2017, about her recent engagement, which she was so determined to keep private she tweeted about it.

“In 2019, there was a story on her dating celebrity presenter Adrian Chiles – a day after it was reported in the national press. And in 2020, we told how she admitted being a ‘hypocrite’ for breaching lockdown rules with her current partner. We’re practically Hello! magazine.

“Of course, we’d love to bring you more on Rosie’s work in the constituency, but for some unknown reason, she appears to not want to speak with us. Perhaps if we moved our offices to London we’d have more luck.”

Telegraph journalist Chris Price, who previously worked for the Gazette’s Kent Online sister website, has also stuck up for his former colleagues.

He said: “The ‘local paper’ comment was probably a throwaway line. But ultimately, local, regional and national press are trying to inform their readers, and that job is made harder when an MP does not make time to speak – let alone when a paper has to pick up stories indirectly.”

Ian Carter, editorial director at Gazette owner Iliffe Media, said on Twitter: “I know the team at the Kentish Gazette are genuinely mystified by how hard it is to speak to their local MP.

“Rosie has been at the centre of so many headlines regarding national issues; it’s a shame they can’t pin her down to talk about local ones.”

HTFP has approached Ms Duffield’s office for a response to Joe’s comments.