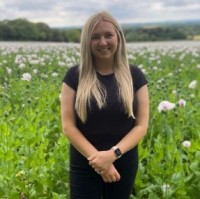 An editor has hit out after being snubbed by both Boris Johnson and Rishi Sunak during recent visits to her patch.

Newsquest’s regional editor for Berkshire & Buckinghamshire Katie French has criticised the Government’s failure to invite her journalists to the visits, branding the decisions “a slap in the face” to readers.

In both instances, the newsdesks at Katie’s titles only learnt about the event afterwards when a “polished press release” arrived in their inboxes.

Her criticism comes after Mr Johnson was accused of treating the regional press “like mugs” over the exclusion of local journalists from a visit earlier this month.

Katie, pictured, told HTFP: “The decision to exclude local press is a slap in the face to our readers and hardworking journalists.

“Regional newspapers have a closer and arguably more impactful relationship to the electorate than almost any other form of media. By cutting local newspapers out, ministers are blocking our ability to hold those in power to account on behalf of our communities.

“While the goal of a cabinet minister may be to limit and control publicity to avoid any The Thick Of It-style meltdowns, they would be mindful to remember that their primary focus should be communicating with the public in an open and transparent way.

“This should include inviting the local press wherever possible and treating regional journalists with the same deference as their national counterparts.

“I wholeheartedly look forward to Mr Johnson and Mr Sunak’s next visit to the shires where we would be delighted to host them at our offices for a proper interview on behalf of our readers.”

And on 11 February, the Chancellor visited Microsoft in Reading where ITN was invited to cover the trip but local press, including Newsquest’s Reading Chronicle, were again excluded.

In a separate incident earlier this month, Iliffe Media editorial director Ian Carter accused Mr Johnson of treating the regional press “like mugs” after he snubbed local journalists during a visit to Kent.

Katie has now begun a period of maternity leave, with Naomi Herring taking over as acting editor of the Bucks Free Press, Reading Chronicle, Slough Observer and Bracknell News as a result.

Naomi, pictured, was formerly a senior reporter for Newsquest in Oxford, where she worked for the Mail between 2014 and 2019.

Since then, she has served as audience and content editor in Berkshire.