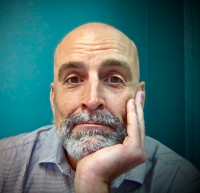 A content chief has left a regional publisher after completing a management buyout of one of its flagship newspapers.

Archant chief content officer Matt Kelly’s departure has been confirmed after he led a consortium to purchase The New European, the pro-European Union weekly he launched for the company in 2016.

Matt, pictured, has been joined in the purchase of TNE by a consortium of investors including former New York Times chief executive Mark Thompson and former Financial Times editor Lionel Barber.

Ex-Archant CEO Jeff Henry and digital content director Steve Anglesey are among a total of 14 investors in the project.

Former JPIMedia editor-in-chief Jeremy Clifford will join Archant to replace Matt, and further details on that move can be found here.

Matt will serve as CEO and editor-in-chief of TNE, while former Independent News & Media CEO Gavin O’Reilly will be executive chairman.

Matt previously served as editor of TNE, which was launched in the weeks after the 2016 EU referendum, but stepped back from the role in 2019.

The undisclosed deal was announced in a blog by BBC media editor Amol Rajan, which has been linked to from TNE’s website.

Amol described the roster of investors as “impressive”, adding: “None of them will expect TNE to make them rich. This must be a passion project for them.

“Nevertheless, at a time of structural decline in the print market, and Covid-19 leading to further falls in circulation and advertising, profit remains the only guarantee of true independence.

“Can The New European be profitable? Yes – but not immediately. And not in a big way – that is, it won’t make several million each year – unless people pay for it online.

“TNE currently more than washes its face, making £80,000 as a standalone business. But that is based on a shoestring editorial budget of £6,500 per issue, with some costs absorbed by Archant and only three members of staff, including editor Jasper Copping and digital editor Jono Read.

“That editorial budget will rise by 50 per cent immediately; and Archant will no longer foot the bill for overheads.”

Archant has confirmed the deal, but declined to comment further when approached by HTFP.