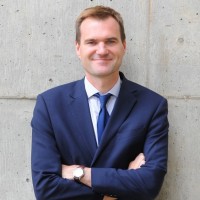 A regional daily’s former news desk chief has been unveiled as the editor of its national sister title.

Jasper has served as The New European’s news editor since it was launched in the weeks after the 2016 EU referendum.

He started his career as a reporter on Archant daily Norwich Evening News before spending almost ten years on Fleet Street at the Sunday and Daily Telegraph as a reporter and deputy news editor.

He later returned to the Norwich-based publisher, working on the news desk of the Eastern Daily Press prior to taking up his current role.

Jasper said: “I have been involved in The New European project since its very beginning and am honoured that Matt is entrusting me with his remarkable creation.

“I am looking forward to continuing the title’s superb campaigning and its coverage, not just of Brexit but of news and culture from across Europe and beyond.

“Regardless of what happens between now and 31 October, I don’t expect politics to become any less tumultuous any time soon, or journalism any less exciting.”

Matt, who launched The New European and has edited the title ever since, will continue to be involved in the role of publisher alongside his role as chief content officer for Archant.

He is also involved in launching the new Project Neon partnership with Google, which could see up to three new local news websites created.

Matt said: “After more than three years editing a newspaper that was meant to last for four weeks, I’m more than ready to pass on the baton.

“It’s been a joyful experience, and I am sure without The New European, Brexit would have sent me mad by now.

“Satisfyingly, that is a sentiment I often hear from many of our readers, who I’d like to thank especially for their loyalty and support.”