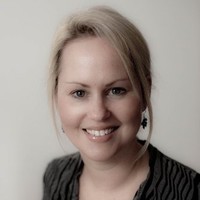 Senior editors have been reshuffled as a publisher prepares to launch a ‘newsletters-first’ strategy at several of its regional titles.

Reach plc has announced Emma Slee will move to become senior editor of its titles in Devon and Cornwall, while Edd Moore is moved to senior editor at Plymouth Live.

Emma, pictured, had held the senior editor role in Gloucestershire, Bristol and Somerset since last year, while Edd has most recently been digital editor for Devon and Cornwall.

As a result of the changes, a new senior editor role has been created at the Bristol Post’s Bristol Live sister website, where a new content strategy focusing on digital newsletters is set to be implemented.

HTFP has approached Reach for more information on how the strategy, which the company is suggesting will be rolled out elsewhere, will work.

Reach has also launched the search for a new editor in Essex, Hertfordshire and Bedfordshire following the departure of Richard Duggan, who is leaving to become Newsquest’s senior editor in Lancashire and Greater Manchester.

Richard is also responsible for Cambridgeshire Live in his current role with Reach, but that brief will now be given to Norfolk Live and Suffolk Live editor Abigail Rabbett once he leaves the business.

Abigail became Reach’s youngest ever editor aged 23 earlier this year, and the move will also see the creation of a new East of England publishing region for the company.