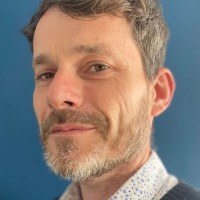 A new editor has been appointed to permanently run a regional daily and its sister website.

Reach plc has announced Pete Gavan will take up the reins full-time at the Bristol Post and Bristol Live.

The senior editor role at Reach in Bristol had been vacant since November 2021, when editor Emma Slee moved to run the publisher’s titles in Devon and Cornwall.

Pete, pictured, joined the group the following month as senior editor for its ‘Live’ network of regional news titles online.

He took up his new role on an interim basis in March, but has now been permanently installed in the post.

He said: “I’m really excited to be taking on the brilliant team in Bristol.

“I’ve enjoyed my time in this role on an interim basis and can’t wait to get going in earnest.

“Bristol Live has a well-earned reputation for hard-hitting and agenda-setting journalism and I’m keen for that to continue and develop.

“At the same time, we’ll continue to grow as the go-to place for everything that’s happening, from breaking news to the latest restaurant openings, in the city and beyond.”

Prior to joining Reach, Pete served as editors of Newsquest dailies the Oxford Mail and Swindon Advertiser.

The team is in the process of moving into a brand new city centre hub which is expected to be fully operational in the next few weeks.

“Pete is an experienced and accomplished editor and has already brought some fantastic ideas to the newsroom.

“I am delighted to have him on board and wish him every success in the role.”