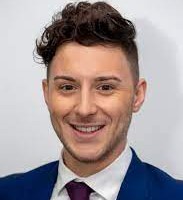 The editor of five news websites has been poached to oversee three sister dailies by a regional publisher.

Newsquest has announced the appointment of Richard Duggan as its new regional editor for Lancashire & Greater Manchester, where he will oversee titles including the Bolton News, Lancashire Telegraph and Oldham Times.

Richard, pictured, has been editor of Reach plc sites including Cambridgeshire Live, Essex Live and Herts Live since the start of this year.

Richard’s appointment comes after it was announced his predecessor Steve Thompson would be moving the opposite way to become Reach’s senior editor for training and development.

At the time Steve’s departure was revealed, Newsquest advertised for two new editors in the North-West of England – one to look after the News, and another to run the Telegraph and the Times – and HTFP understands further senior appointments may still be made in the region.

Richard said: “I am delighted to be joining Newsquest and to have the opportunity to manage historic brands with such close ties to their local communities.

“Both Greater Manchester and Lancashire are very close to my heart and I’m so pleased to once again be able to call the area home.

“I’m really looking forward to working with my new teams and to continue the fantastic work of my predecessor, providing local people with the very best local journalism.”

Richard, who will take up his new post in the New Year, began his career with Reach at Essex Live in 2017 and was promoted to news editor there the following year.

In 2019, he became content editor for courts at MyLondon before taking the reins at Surrey Live last January.

In his most recent role, he was also responsible for Reach’s Bedfordshire Live and Peterborough Live titles.

“He will be taking over leadership of a fantastic group of reporters and some of the country’s most powerful local news brands – the Bolton News and Lancashire Telegraph for example, that now reach over 75pc of adults in their local area.

“Richard has worked as editor for a number of strong-performing online brands in the past 18 months.

He is highly thought of and we are delighted that he sees his future with Newsquest.”