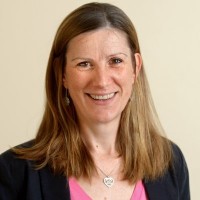 The outgoing president of the Society of Editors has stated her belief that the organisation is now “more considerate and reflective” as she steps down after a two-year term.

Alison Gow, Reach plc’s audience and content director for the North-West, has brought to an end her double tenure in the role.

Alison will be replaced in the post by Martin Breen, deputy editor-in-chief at Belfast Telegraph and Sunday Life.

The SoE became embroiled in controversy earlier this year when executive director Ian Murray issued a strongly-worded rebuttal of the Duke and Duchess of Sussex’s claims of racism in the UK media.

Ian was widely criticised by national and regional journalists for the remarks and resigned as a result of the furore, with Dawn Alford subsequently replacing him.

In a speech to the organisation’s annual general meeting, Alison said: “I want to acknowledge how grateful I am that we remain, still clear in our aims and purpose, as a Society – albeit one that is, I believe, more considerate and reflective of our mission and place in this industry.

“As a board we haven’t been together in the same room for a long time but I am proud that we were still able to twice find a way to celebrate the best and brightest achievements and achievers in the industry with the Press Awards and Regional Press Awards.

“Our annual conference moved to virtual as well and proved one of the most successful events we’ve held with important debates around online abuse of journalists, diversity and inclusion, and mental health issues.

“These are challenging topics which are fundamental to the future of the industry, at all levels, and it’s vital we continue to press for considered action to address them.”

Alison went on to say she was “delighted” at plans for the SoE’s diversity and inclusion hub and funding of a place on the NCTJ course through the Journalism Diversity Fund.

Speaking at Tuesday’s meeting, she added: “These are only the first steps, with more initiatives to come.

“Among our campaigns, I’m proud of the Society’s work in helping shape the draft Online Safety Bill, and for taking a stance against the growing number of political publications masquerading as local newspapers.

“It has been a pleasure and a privilege to act as president of the Society of Editors.

“I wish Martin Breen every success in the role, I know he will be brilliant, and I look forward to the next 12 months.”

Martin takes up the post after five years on the Society’s board.

He said: “As the newly-elected president of the Society, I can’t wait to engage with our members throughout the UK, to listen to them and see how we can help. We are a campaigning group, with a core purpose of protecting freedom of speech and expression.

“The support of high journalistic standards within our industry is more important than ever in the delivery of quality, trustworthy journalism.

“Key to this success is a properly diverse and inclusive media, and in 2022 I and the Society will persist with actively encouraging diversity and inclusion, at all levels, in the media across the UK.”

Ian MacGregor, emeritus editor of the Daily Telegraph, remains as chair of the Society.

He said: “I passionately believe that the future of the Society of Editors has never been more important.

“The value of a strong, cross-industry body fighting to protect media freedom and maintain high journalistic standards cannot be under-estimated.

“Having senior representatives from national and local news organisations united in the battle to support properly-edited journalism is something that is truly invaluable in our democracy.

“No other such organisation exists.”