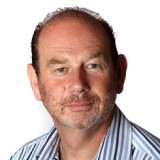 The executive director of the Society of Editors has resigned amid the ongoing furore over his statement denying that the UK national tabloids are “bigoted.”

Ian Murray, pictured, stepped down after his strongly-worded rebuttal of the Duke and Duchess of Sussex’s claims of racism in the UK media was widely criticised by national and regional journalists.

The news was confirmed shortly after 9pm last night in a tweet by i editor Oly Duff who is a member of the Society’s 20-strong board.

It read: “Ian Murray has resigned as executive director of the Society of Editors. Earlier today the board accepted his resignation.”

Later Ian issued a statement explaining that he had decided to step aside to help the SoE “rebuild its reputation” following this week’s furore.

He said: “While I do not agree that the Society’s statement was in any way intended to defend racism, I accept it could have been much clearer in its condemnation of bigotry and has clearly caused upset.

“As executive director I lead the Society and as such must take the blame and so I have decided it is best for the board and membership that I step aside so that the organisation can start to rebuild its reputation.”

He added that the original statement was “not intended to gloss over the fact the media industry in the UK does have work to do on inclusivity and diversity”.

Ian become SoE executive director in 2017 after his long-serving predecessor Bob Satchwell, who died last week, was forced to step down due to serious illness.

He had previously been the long-serving editor of the Southern Daily Echo and several Newsquest sister weeklies before leaving the publisher in a round of cutbacks.

His resignation comes after the SoE faced a tide of criticism over its earlier statement denying Harry and Meghan’s claims in a TV interview that elements of the UK national media were racist.

And despite the SoE board issuing a statement clarifying the earlier remarks and promising to “reflect” on the response, the crisis deepened last night amid a series of withdrawals from the awards events it organises on behalf of the industry.

Earlier yesterday evening, Yorkshire Post editor James Mitchinson announced he was pulling the title out of this year’s Regional Press Awards, at which it was named newspaper of the year in 2020.

And ITV News presenter Charlene White said she would not host this year’s Society of Editors’ national Press Awards because of the row.

Alison Gow, president of the Society of Editors, said: “I would like to thank Ian for his tireless work on behalf of the Society; he has led campaigns for journalists’ rights and freedoms and worked hard behind the scenes when it appeared legislation might threaten those.

“The society is committed to representing all journalists and upholding journalism; I am clear on what our mission must be, and we will strive as an organisation to listen and hear everyone’s views, and be strong advocates and allies for all those we represent.”

The full text of the two SoE statements issued following the Meghan and Harry interview can be read below.

The UK media is not bigoted and will not be swayed from its vital role holding the rich and powerful to account following the attack on the press by the Duke and Duchess of Sussex, the Society of Editors has commented.

The Duke and Duchess attacked the UK media in an interview with American chat show host Oprah Winfrey which was aired in the United States last night (Sunday) and will be shown in the UK this evening. In further previously unseen excerpts from the interview shown on US breakfast TV this morning Prince Harry says the couple had to leave Britain in part due to racism and felt sections of the British media were to blame.

Ian Murray, executive director of the Society of Editors, said it was untrue that sections of the UK press were bigoted.

“It is not acceptable for the Duke and Duchess to make such claims without providing any supporting evidence. If it is simply the case the Sussexes feel that the press by questioning their actions and commenting on their roles when working as Royals funded by the taxpayer were being racist then they are mistaken,” commented Murray.

“In the case of Meghan Markle and her engagement and marriage to Prince Harry there was universal supporting coverage in the UK media which reflected the warmth shown to the couple by the British people. But that warmth could not and should not mean the press should be expected to refuse to report, investigate and comment on the couple’s lifestyle and actions.

“It is a pity the couple did not mention in their interview the huge support the UK media has shown to the charitable works carried out by the Duke and Duchess. The UK press also played a large role in ensuring the prince’s service in Afghanistan went ahead, agreeing to an embargo on reporting his deployment to enable him to carry out his Army role in the Middle East.

“The UK media has a proud record of calling out racism and also being at the forefront of campaigns to support mental health awareness, another of the issues raised by the couple.

“It is also unreasonable for the Duke and Duchess to conflate the legitimate coverage provided by the edited and regulated UK media with the wild west of social media.

The board of the Society of Editors has released this statement of clarification following the statement issued on Monday regarding the Duke of Sussex’s comments on the UK media.

“The Society of Editors has a proud history of campaigning for freedom of speech and the vital work that journalists do in a democracy to hold power to account. Our statement on Meghan and Harry was made in that spirit but did not reflect what we all know: that there is a lot of work to be done in the media to improve diversity and inclusion. We will reflect on the reaction our statement prompted and work towards being part of the solution.”