A cash prize aimed at helping regional newspapers to cover cricket has been scrapped this year due to the impact of coronavirus.

The £3,000 prize fund is usually awarded to top-performing titles in Regional Newspaper of the Year category at the Domestic Cricket Journalism Awards.

Last year’s winner the Yorkshire Post received £1,500 to be invested back into its coverage of domestic cricket, while runners-up Somerset County Gazette and Stoke-on-Trent daily The Sentinel were given £500 each.

However, the England and Wales Cricket Board, which organises the event with the Cricket Writers’ Club, has confirmed to HTFP that no awards will be made from the fund this year due to Covid-19. 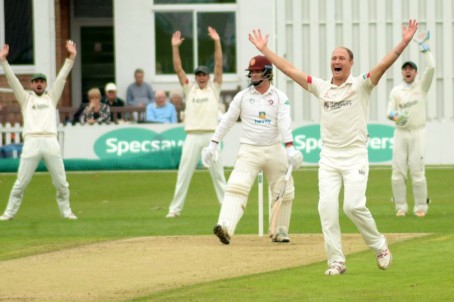 The Regional Newspaper of the Year category is still welcoming entries, however, with this Sunday being the closing date for submissions.

The category is open to any daily, evening or weekly regional newspaper in England and Wales. Further information can be found here.

HTFP reported in October how a campaign had been launched a to save the ECB’s central Reporters Network service, which was used by a number of regional press titles, after plans to cut up to 14 jobs were revealed.

The campaign was spearheaded by Sam Morshead, digital editor at The Cricketer magazine and former chief sports writer at the Swindon Advertiser.