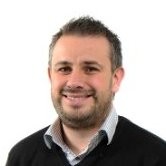 A regional daily has reaffirmed its commitment to cricket as the newspaper’s “number one sport” after retaining a national honour for its coverage.

The Yorkshire Post has for the second consecutive year won Regional Newspaper of the Year at the Domestic Cricket Journalism Awards, which are organised by the England and Wales Cricket Board with the Cricket Writers Club.

The ECB said the number of regional press entries to the awards had been “particularly gratifying” to the judging panel, which included former England captain David Gower.

The Somerset County Gazette and Stoke-on-Trent daily The Sentinel were jointly named runners-up in the regional category.

The Post will be awarded £1,500 from a prize fund to be invested back into its coverage of domestic cricket, while The Sentinel and County Gazette will receive £500 each.

Nick Westby, sports editor of the Leeds-based Post told HTFP: “We are very proud to once again win the ECB’s award for best regional coverage, and also to be highly commended in the outstanding domestic coverage category.

“This is an award that goes to every member of the Yorkshire Post sports desk, all of which have contributed in some way. Particular mention goes to our cricket correspondent Chris Waters, whose fine words, knowledge and passion for the game, and the credibility he has built up over many years, leads our coverage.

“The judges gave us the award because of the depth, quality and variety of our coverage, which is very pleasing for us given we take great pride in covering the game of cricket, from Yorkshire CCC who we still follow home and away, to the Yorkshire Diamonds, the international game and the local cricket leagues.

“Cricket is the number one sport in the Yorkshire Post, such is the pride and passion of the people of the county in the teams that represent them. We hope to reflect that in our coverage of the game, in print and online.”

Nick, pictured, went on to pay tribute to the ECB and the Cricket Writers’ Club for “recognising the importance of the role the regional media plays in covering the game of cricket”.

He added: “These awards help incentivise the continued coverage of the game in what is becoming an increasingly cluttered sporting marketplace.

“Congratulations to all the winners, those that were highly commended and those that entered. We are very humbled to have won and look forward to another productive year covering cricket.”

This year’s awards were presented at the House of Lords on Tuesday.

Cricket Writers Club chair Alison Mitchell said: “These awards continue to shine a light on the impressive breadth and high quality of journalism that exists across the country in the domestic game.

“The Somerset media is particularly well represented among the winners and runners-up this year, and we congratulate all those who have been recognised by the judges.

“The ECB’s financing of these awards means that individuals and media organisations who have won will have improved resources to put back into the domestic game this coming season, and we look forward to seeing the independent coverage produced.

“It was particularly gratifying to see the number of entries from the regional press, where desks are under the most pressure. Thanks also to the CWC members who gave up their time to judge these awards. Their wisdom is invaluable.”