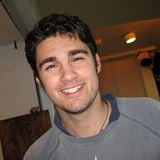 A journalist has launched a national bid to save a cricket reporting service used by the regional press after plans to cut up to 14 jobs were revealed.

Sam Morshead, digital editor at The Cricketer magazine and former chief sports writer at the Swindon Advertiser, has called on national press titles to help plug a funding gap for journalists covering professional cricket in England.

Sam has launched the campaign after the England and Wales Cricket Board revealed it was making cuts to its central Reporters Network service, which involves up to 20 journalists and is relied upon by a number of regional dailies for match reports of county cricket clubs they cover.

Cricket news website ESPNCricinfo has reported the number of journalists contracted to work on the service is to be cut to six after the ECB recently announced more than 60 redundancies as a reaction to the financial challenges posed by the coronavirus crisis.

The Leicester Mercury, Derby Telegraph, Bristol Post, Brighton daily The Argus and Portsmouth daily The News are understood to be among the titles which currently make use of the network, as well as organisations including the BBC and PA.

It is hoped the campaign will raise £15,000, which would provide funding for three reporters to cover matches in addition to the six retained by the ECB.

While regional publishers are not being asked to contribute at this stage, it is expected content will be made available free of charge to users of the service as is currently the case with the Reporters Network, which was set up six years ago to counter the reduction of cricket coverage in newspapers at local and national level.

Speaking to HTFP, Sam said: “The more publishers that can be part of trying to fill the gap lost by these understandable cuts, the better.

“I’m conscious, with a background myself in regional newspapers, of the budget restrictions and asking [regional titles] to opt in for coverage of one club is not something we expect.”

Sam, pictured, said he had so far had a “limited, positive response” to his call, which saw him write to sports editors at national titles on Tuesday.

He added: “It’s definitely on the [national press] industry to realise they’ve been getting it for free for six years.

“In a time of difficulty, it’s on us to fill that gap.”

An ECB spokesperson told ESPNCricinfo the cuts were “not what we want” but insisted they “are necessary as ECB embarks on significant cost-cutting in order to try and withstand the financial impact the global pandemic has had”.