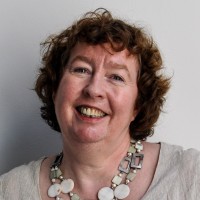 The Welsh government has been warned of an “avalanche of redundancies and newspapers closures” unless it presses Westminster to extend the furlough scheme for the regional press.

A report by a Senedd committee into how coronavirus has affected journalism in Wales has called for the devolved government in Cardiff to put pressure on its UK-wide counterpart in order to help the industry.

The Welsh Parliament’s Culture, Welsh Language and Communications Committee has recommended that the Coronavirus Job Retention Scheme be extended beyond October 2020 on a sectoral basis “in recognition of the fact that the majority of news journalism businesses will not be able to return to pre-pandemic levels of economic activity for some time to come”.

Alan told the committee Reach would welcome an extension to the scheme, while Gavin said it had “saved jobs” and that the number of redundancies would be greater without it.

Job cuts have been reported at both Reach and Newsquest in Wales since the crisis began, while Tindle-owned weekly the Glamorgan Gem has closed during the pandemic with the loss of five jobs.

The report states: “The UK government’s Job Retention Scheme has been widely used within the sector. However, we are concerned that the scheme appears to have turned into a ‘waiting room for redundancy’ and that there could be an avalanche of redundancies and newspapers closures when it ends in October.

“We are therefore calling on the Welsh government to lobby the UK government to extend the scheme beyond October to allow businesses more time to plan for the future and to avoid major and permanent decisions with potentially severe consequences being made during this crisis.”

The report also calls for the Welsh government to “urgently identify the changes necessary to enable statutory notices to be published by hyperlocal and online providers” after hearing from Emma that such titles had been unable to access furlough money.

Committee chair Helen Mary Jones, pictured, said: “We are calling on the Welsh government to urge the UK government to continue the Job Retention Scheme beyond October 2020 on a sectoral basis in recognition of the fact that the majority of news journalism businesses will not be able to return to pre-pandemic levels of economic activity for some time to come.

“And Welsh government should encourage businesses to make use of the scheme while they explore longer term solutions instead of making employees redundant.

“We therefore urgently call on the Welsh Government to take affirmative action to support news journalism in Wales, and hope to explore this issue in further detail in the autumn term.”

The report will now be considered by the Welsh government.