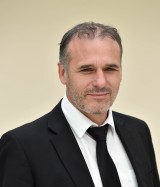 Union chiefs have revealed further details about dozens of editorial jobs being put at risk across Reach plc – while another regional daily editor has left the business.

National Union of Journalists chapels representing staff on some of the company’s regional titles have begun to declare the apparent number of roles being put at risk in their areas as part of a post-coronavirus lockdown restructure which will bring about the loss of around 550 jobs, including 325 in editorial and circulation.

In Wales, the NUJ has announced the departure of Andrew Campbell, editor of the Daily Post and its North Wales Live sister website, while also claiming a total of 20 journalists in North Wales have been put at risk of redundancy.

The union previously revealed a total of 72.3 roles were being put at risk at the company’s Media Wales division, in Cardiff and Swansea, and has now said it expects around 15 journalists to leave their jobs as a result.

And the NUJ’s Reach Bristol chapel has this morning claimed a total of 22 people will be losing their jobs in its area, including seven from the Bristol Post’s newsdesk and reporting team, six from Somerset Live and nine from production departments.

He becomes the fifth editor to have his departure from the business revealed since the cuts were announced – following the Bristol Post’s Mike Norton, Liverpool Echo’s Alastair Machray, Leicester Mercury’s George Oliver and Martin Tideswell, of Stoke daily The Sentinel.

Sarah Hodgson, Mother of the NUJ’s Daily Post chapel, said: “Our members are devastated by the news that our editor Andrew Campbell will be leaving the business.

“We feel that he is a talented, dedicated, and hardworking editor and colleague who genuinely cares about his staff; and we are worried about the impact his departure will have on the Daily Post newspaper and our website North Wales Live.

“He is respected not just by his colleagues, but also by the community of North Wales and groups we work with.

“Our chapel is deeply concerned by the way members have been treated during this process, having been made to wait three days to hear if they are at risk and at this stage we are still none the wiser as to how we will truly be impacted or what Reach Plc’s plans are – adding additional and unnecessary stress to what is already a very upsetting situation.”

In its statement, the Reach Bristol chapel said it was unaware of how many of the 38 at risk in its area would lose their jobs – but noted two specialist reporters and two sports reporters were not at risk of redundancy.

NUJ Bristol branch chairman Paul Breeden said: “Hard-working journalists who have spent the summer supporting their employer during the Covid crisis, doing more work for less money, now face weeks of worry before they know whether they will lose their jobs.

“Any further cuts to Reach’s depleted team of newsgatherers will be a grave threat to the health of Bristol’s media and to local democracy.

“Fewer journalists means fewer people to question those in power, to ask questions about vital matters such as the handling of the Covid-19 crisis, to hold institutions like the council and police to account, and to report on crimes and other incidents that affect the community.”

Paul went on to add new members had joined the union “in droves since fears of the job cuts began to circulate”.

He added: “The NUJ chapel at Reach in Bristol is committed to representing the interests of all staff, whether union members or not, and the chapel has the backing of the Bristol branch of the union, which is hundreds strong.”

A Reach spokeswoman said: “We are very proud of our titles in Bristol, and know the vital role they play in a democratic society. Award-winning journalism and content will always be at the heart of our business.

“Reach continues to consult with colleagues and trade unions over the proposed changes which are subject to a minimum-45 day statutory consultation period.