A regional daily is set to move to a listed 17th century building after selling its current office – but will retain a city centre base for reporters.

The Bradford Telegraph & Argus will move into the Grade II-listed Newhall, which dates back to 1672.

Newhall, pictured, is around two miles to the south of Hall Ings, near to the M606 motorway, but the T&A will also retain a city centre base for some reporting staff to use. 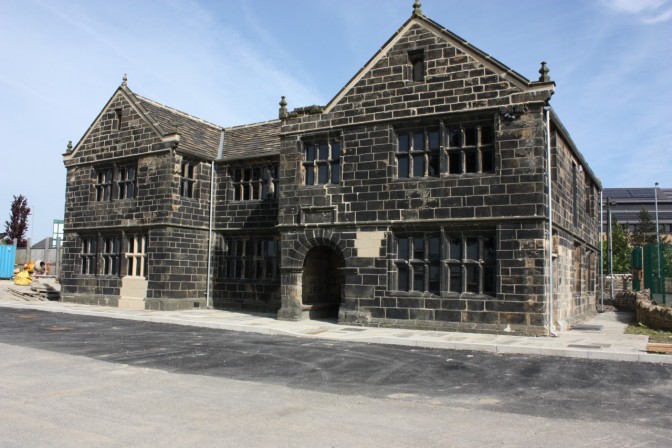 Editor Nigel Burton told HTFP: “The Telegraph & Argus has served the people of Bradford for more than 150 years from various offices and continues to do so.

“The newly-restored Grade II listed building at Rooley Lane, just across the road from the Yorkshire Building Society, is a wonderful mixture of the old and new. It dates back to 1672 and has been completely transformed over the last two years into stunning new offices.

“Our distribution and back office functions will be accommodated in a modern purpose-built building that’s immediately opposite New Hall. In addition, we’re also going to retain some flexible workspace close to Hall Ings so that we retain a presence near our old site in the city centre.

“Although we have many fond memories of Hall Ings, our new home marks the start of an exciting new chapter for the T&A.”

Newhall was originally a “fine example of a West Riding yeoman’s house” which had been left derelict after more recently serving as a golf club’s clubhouse.

It has been restored by development and investment company Frank Marshall Estates, which is based in the building’s east wing.

The T&A will take 2,075 sq ft of office space in the west wing, along with a further 2,550 sq ft of storage and distribution space in Frank Marshall’s adjacent Nano Park development.

Edward Marshall, the company’s development and construction director, said: “The Telegraph & Argus has been serving the Bradford region with distinction for more than 150 years. It is a West Yorkshire institution. We are proud – and honoured – to have such a prestigious tenant as our neighbours at Newhall.

“We love our offices here at Newhall and we are confident that the T&A will as well. We feel very much part of the Bradford community and I know how important that is for a newspaper like the T&A. They need to be connected to their readers.

“Newhall is a tremendous building, which had fallen on hard times, and we are proud that it is our new home. We have invested in excess of £500,000 in its regeneration and it has been restored to the highest of standards.

“The offices at Newhall are a mixture of old and new, of cutting edge office space with a wonderful historical ambience. I feel that reflects the T&A, a traditional newspaper which has adapted brilliantly to the challenges of the 21st century.”

“We have had several people interested in the building but we wanted to hold out for a real Bradford tenant and I believe we have ended up with the best we could ever have hoped for.”

Property consultant Matthew Jennings, who marketed and promoted Newhall and Nano Park, added: “I am delighted that our advice and strategy resulted in a sale of Newsquest’s existing Bradford city centre office block and former press hall on Hall Ings, coupled with securing their relocation to perhaps the best office currently available in the city.”