A regional daily is to keep space for reporters in its current building after it moves to a new headquarters.

The Bradford Telegraph & Argus has confirmed it will retain the space at its current Hall Ings site, in Bradford city centre, to house journalists as well as its archive and library.

HTFP reported in March on the T&A’s plans to move to Newhall, a Grade II-listed 17th century building near to the M606 motorway, after selling Hall Ings.

At the time, the newspaper confirmed plans to keep a city centre base for reporters – but did not disclose where exactly this would be. 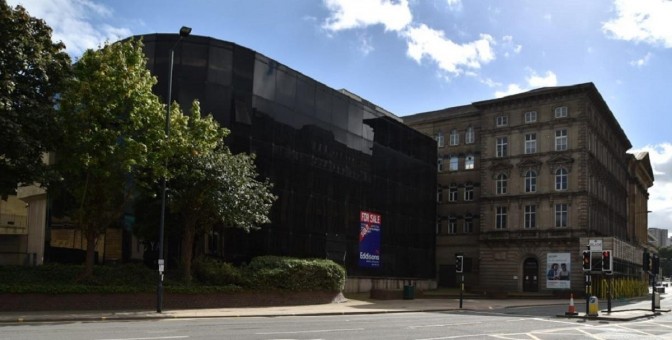 The Hall Ings site – which includes the Grade II-listed main building and glass former print hall – has been purchased by a London-based developer.

The listed building will be retained as office space, aimed at up and coming businesses, while plans have been submitted to Bradford Council to transform the press hall building.

Under the proposals, a new entrance canopy, featuring landscaping and benches, would be created.

Benjamin Goldberg, of chartered surveyor Lewis and Tucker, told the T&A: “The application is to give more options. It could be taken on by a variety of different types of businesses.

“The new entrance will really open it up. it gives any potential tenant the opportunity for pedestrian access onto Hall Ings.

“The old building will be a hub for up and coming businesses and workshops. The glass building has the potential for so many different types of business – we hope to find someone who can see the potential.”

Work will be done to refurbish the main building’s Victorian exterior.

Mr Goldberg added: “We want it to remain a key part of Bradford. It is a really nice building and we hope it will help that side of the city centre.”