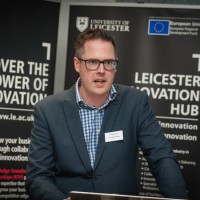 Two more daily newspaper editors have revealed their departures as part of cuts by a regional publisher – while union chiefs say more than 70 editorial roles have been put at risk in one area of the country.

George Oliver, who edits the Leicester Mercury and Leicestershire Live, has announced he will be leaving Reach plc at the end of today, while Martin Tideswell, of Stoke daily the Sentinel and Stoke-on-Trent Live, will also depart.

George and Martin’s announcements come as the National Union of Journalists says more than 70 editorial posts are being put at risk of redundancy across Reach’s Media Wales division.

The company is to shed around 550 jobs, of which an estimated 325 will be editorial and circulation roles, as a result of the impact of the coronavirus crisis.

Reach revealed on Wednesday that the Liverpool Echo’s Alastair Machray and the Bristol Post’s Mike Norton would be leaving the company amid a major editorial restructure which will see a number of senior editors appointed to new roles.

George, pictured, took on the role at the Mercury in 2016, having previously served as executive editor at the Teesside Gazette.

Announcing his departure on LinkedIn, he said: “Leicester has changed much since 2016. Meanwhile, the Leicester Mercury and LeicestershireLive have also been through a period of considerable change.

“In uncertain times, what has been constant internally is the determination and pride of its journalists to represent and report upon their area.

What has been constant externally has been the support of local business. I knew nobody when I arrived in the city but was welcomed by its business community and local leaders.

“They supported me by backing our brand through advertising and sponsorship. But they also supported me personally with advice and suggestions. I’ve always been very grateful for that.

“It works both ways. For example, the Mercury now has plans in place to support the city’s economic recovery from lockdown. We also have plans to work with our hospitals to recognise the local health workers who have been in the frontline against coronavirus.

“That crisis has had a widely-reported impact on the UK newspaper industry. It means that my own employer must cut 550 jobs. Mine will be among them.”

George added he would be staying in Leicestershire after his departure.

He said: “It is home now. In the short term I will continue – as a trustee of Charity Link – to work with LeicestershireLive on the There With You Fund we launched in April. We are going to raise £250,000 to help the region’s most vulnerable through the pandemic and beyond.

“For now, my thanks again to all the colleagues, readers, local authorities, and businesses who have supported both me and the Mercury over the last four years. Also to Reach for entrusting me with a great job and a great team in a great city.” 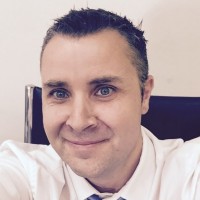 Martin, pictured left, has worked for The Sentinel since 1998 and has been in journalism for 30 years.

In a farewell editorial published this lunchtime, he wrote: “I’ll let you into a secret. I didn’t seek to become editor. Truth be told, I had never even considered it. The opportunity arose and I was asked if I would like the ‘big chair’.

“It’s not something you turn down. So in October 2014 I became the first local editor of this 166-year-old heritage brand in more than 40 years.

“I had absolutely no idea what I was letting myself in for. It has been – in equal measure – by far and away the toughest, most bruising and most enjoyable time of my career which ends today, after exactly 30 years, as I step down as editor.

“Today, as I reflect on my time, I feel immensely proud to have worked for The Sentinel and StokeonTrentLive and to have played a part, albeit a small one, in local life.

“I’ve made mistakes. There are things I could certainly have done better. But I have few regrets. I have always been acutely aware that my team and I stood on the shoulders of giants and that with the great privilege of our job came enormous responsibility.”

Martin went on to praise his “incredible, hard-working team”.

He added: “My Sentinel story is done. All that remains for me to say is thank you to you – our readers – for your continued support.

“Rest assured, your Sentinel and StokeonTrentLive will be here for you in the coming months and years as we all adjust to the ‘new normal’. Thanks, as always, for being with us.”

The National Union of Journalists says more than 70 editorial posts are being put at risk of redundancy across Reach’s Media Wales division.

Martin Shipton, Father of the NUJ’s Media Wales Chapel, said: “Our hardworking members are shocked by the scale of the job cuts announcement, with 72.3 full time equivalent editorial posts being put at risk of redundancy.

“They have given their all during the pandemic to produce high quality content for print and online, yet even at this stage they have not been told how many of them the company wants to leave the organisation.

“We have no quarrel with our local managers, who have also been kept in the dark. These changes have been planned by the senior executive team in London.”

He added: “The redundancy proposals are subject to a 45-day consultation period. During this process we shall do what we can as a union to fight for our members’ jobs and for the future of quality journalism in Wales.

“Members of the chapel have this afternoon unanimously passed a motion of no confidence in Reach plc’s senior management team for their mishandling of this situation.”

A Reach spokeswoman told HTFP: “Reach continues to consult with colleagues and trade unions over the proposed changes which are subject to a minimum-45 day statutory consultation period.