New editor appointed at daily after predecessor’s departure amid cuts 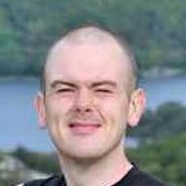 A regional daily’s new editor has been unveiled after his predecessor left the role amid cuts by the newspaper’s publisher.

Reach plc has announced Dion Jones will take charge of the Daily Post and its North Wales Live sister website following the departure of Andrew Campbell.

Dion, pictured, has been promoted from his current role of executive editor for North Wales Live, and will officially hold the title of audience and content editor for both titles.

HTFP reported last month how Andrew was one of five Reach editors to leave the company after it announced plans to cut more than 300 editorial and circulation roles due to the coronavirus crisis.

Dion, a native of Caernarfon, said: “I feel extremely honoured and privileged.

“I am proud to call North Wales my home and know how important our brands are to the people, culture and identity of the region.

people of the area. Being from the heart of this community I aim to ensure North Wales and the North Wales Daily Post remains there.”

Dion, a Welsh speaker, studied history and journalism at Bangor University before starting his career with the Cambrian News in 2008.

The following year he joined the Caernarfon and Denbigh Herald and has worked at Reach ever since in a variety of different roles across the business.

Posts he has held include chief reporter at the Herald, story editor for the North Wales weekly titles, content editor at the Daily Post, and head of social media and executive editor for North Wales Live.

Dion will report into Alison Gow, audience and content director for North West and North Wales and former editor of the Daily Post.

“He is a fantastic journalist, and someone who is utterly committed to North Wales Live and has worked on both the North Wales Weeklies and the Daily Post, as well as helping lead many group-wide editorial projects.

“He is passionate about Wales and I know he will be a real champion for the people of North Wales.”

Paul has more than 30 years’ of print production experience and has held senior editorial roles at the Manchester Evening News for many years, including managing editor and print editor.

In his new role, he will continue to report to the region’s marketplace publisher, Darren Thwaites.

Darren said: “Paul is one of the most experienced journalists in the industry and I know he will relish the opportunity to get involved with another stellar regional title in the Liverpool Echo.

“He leads by example and fully understands the vital role he has in building great newspapers from the rich feed of content driven by our digital journalists.”

Paul said: “I’m delighted and honoured to be leading the team producing such iconic titles as the MEN and the Echo, along with their well-respected sister weekly titles across Greater Manchester, Merseyside and Cheshire.

“The North West print production team have all the strengths and talents to make sure all the papers can meet the challenges ahead and keep our well-loved titles up where they belong.”