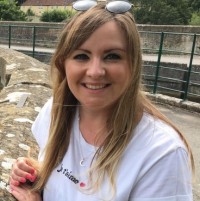 An editorial chief says online abuse and bullying has made journalists she works with “reluctant” to look at social media.

Hull Live digital editor Jenna Thompson has hit out after being inundated with abuse on Twitter while recovering from an operation.

Jenna, pictured, took to social media site to go public on the abuse has faced after being tweeted 24 times by one individual over the course of last weekend.

Examples she gave of the bullying included people discussing whether she should be sacked, questioning whether the chronic illness she suffers from is genuine and posting old pictures of her.

Jenna wrote: “I, and all of us, are more than Hull Live. It is our job and we love it and are proud of it and sometimes we make mistakes, like everyone does at work.

“But this is not a normal way to behave. It’s weird and creepy. If you don’t like Hull Live, have the guts to complain properly.”

Jenna is the latest industry figure to speak out on the issue – and HTFP reported earlier this month how online troll Leroy McCarthy had been hauled before the courts over a threat sent to Amy Fenton, chief reporter at Cumbria daily The Mail.

McCarthy, 25, will be sentenced on Wednesday after pleading guilty to a malicious communications offence.

Speaking to HTFP, Jenna said: “For too long, I have silently watched my team receive the most horrific abuse on a daily basis. This usually comes from a small cohort of people who, for whatever reason, don’t like Hull Live and the Hull Daily Mail.

“But they have turned that into bullying individuals – hurling abuse, speculating about personal lives, constantly bombarding them to the point of harassment. I am happy to take feedback and have tried to engage in open discussions and debate about what we do but it has gone too far.

“When people do this around the clock, they are effectively turning up inside people’s homes and hurling insults at them. Every time I open Twitter – even now, when I am at home after having an operation – I have people shouting at me.

“I used to love Twitter and it puts me off using it. My team are reluctant to open the app on their phone. The behaviour of the people targeting them is not normal and it’s not acceptable.

“I am pleased to see an increasing number of journalists taking a stand against this and the responses I have had show it is a real issue across the industry. I don’t have the answer but I wanted to talk about the problem.”

Yorkshire Evening Post editor Laura Collins last month told HTFP women journalists were “bearing the brunt” of most of the abuse aimed at those in the industry.

In support of Jenna, Laura posted on Twitter: “Nobody would hurl abuse in the street so why is it acceptable under the guise of anonymity on social media? It’s like policing the Wild West. Enough.”

Cambridge News editor David Bartlett added: “Really sorry to hear this Jenna, you don’t deserve this – no one does.”