A regional daily has named and shamed online trolls who used its Facebook page to abuse Greta Thunberg during her visit to its patch.

The Bristol Post has exposed six men who used its Bristol Live channel on the social networking site to encourage violence against the Swedish environmental activist, who spoke at a protest in the city on Friday.

They included calls for her to be burnt at the stake, physically assaulted, and slapped with a brick by her parents. 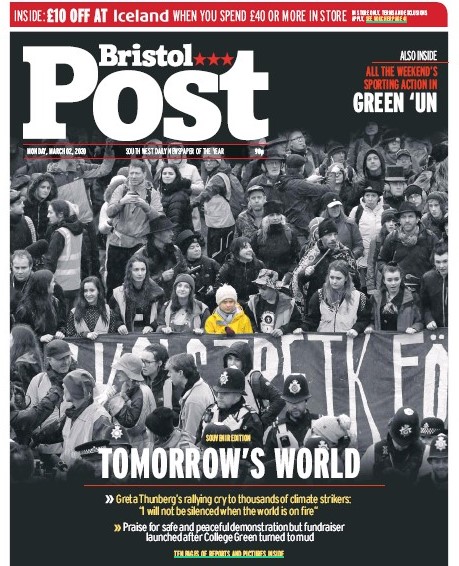 How the Post covered Ms Thunberg’s visit to Bristol

Bristol Live has now published the names and Facebook profile pictures of six men who posted such abuse, as well as screenshots of their comments.

In a piece about the decision to name and shame, senior reporter Tristan Cork wrote: “Most of the more furious ire was reserved for Greta Thunberg herself.

“Many other articles in other media have examined why a slight, tiny 17-year-old schoolgirl from Sweden triggers such anger and hatred from, mainly older people, but the kind of fury that follows the campaigner around the world arrived in Bristol with a vengeance.

“Most of that abuse was just that – abuse, sharing unkind memes about her, calling her a ‘puppet’, questioning her own actions travelling the world, or just calling her names.

“These comments came in their thousands, day and night, filling Facebook pages and groups – faster in greater volume than anyone moderating those pages or groups, or Facebook itself, could hide or delete.

“But some people went even further – further than just abusing Greta Thunberg and the young people taking part in the school strike. The extra step they took was to appear to call for, encourage or incite people to take physical action against either Greta Thunberg or those taking part.

“The people who were appearing to make those suggestions of physical actions and violence were very often parents and grandparents themselves.

“Some had even called for people on social media to ‘be kind’ following the death of TV presenter Caroline Flack.”

Among those the post named and shamed was Stevie Ralph-Taylor who commented: “She should be burnt at the stake.”

Ash Ashfaq said Thunberg’s parents should “slap her with a brick” while Spencer Trump called for her to be sent back to Sweden “in a flat pack.” 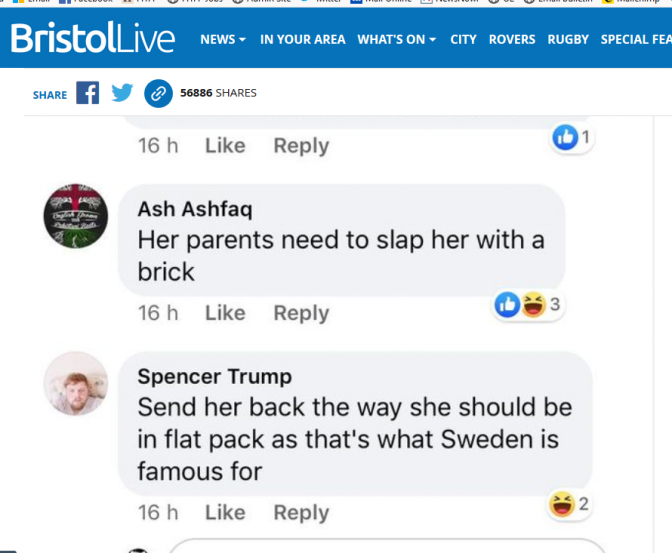