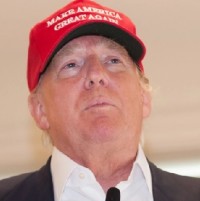 Alex Salmond once tried to persuade Donald Trump to buy a flagship UK newspaper, the US president’s former aide has claimed.

George Sorial, who was an adviser to Mr Trump prior to his election in 2016, has asserted that Mr Salmond had attempted to broker a deal which would have seen ‘the Donald’ become owner of The Scotsman.

The claim has appeared in the memoirs of Mr Sorial, former executive vice president and chief compliance counsel for the Trump Organisation, which were co-authored with Damian Bates, who edited Aberdeen’s Press & Journal between 2013 and 2017.

A spokesman for Mr Salmond, who himself was touted as chairman of The Scotsman’s then owner Johnston Press during a takeover battle last year, has denied the former Scottish First Minister ever considered Mr Trump as an investor in the paper.

In the book, Mr Sorial said: “He [Salmond] tried to persuade us to purchase The Scotsman. He thought it would be a great move for us and for Scotland.

“We had no interest in a newspaper that nobody reads and is so laden with debt.”

Mr Sorial did not say when the alleged approach was supposed to have been made, and a spokesman for Mr Salmond told The Times that Mr Sorial’s memory “is playing tricks again”.

He added: “At no stage did Alex consider Donald Trump as a likely or serious investor in The Scotsman.”

Prior to Scotsman owner Johnston Press going into administration, Mr Salmond had been touted as a potential chairman of the regional publisher by Norwegian investor Christen Ager-Hanssen.

Following a backlash from JP staff, the idea was officially dropped in July last year, with Mr Ager-Hanssen telling HTFP he would prefer to install someone with a “deep understanding of technology”.