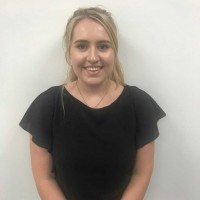 A reporter diagnosed with depression has hit out at the effect online trolling by readers has had on the mental health of herself and other journalists.

Katie Ridley, of the Hunts Post, has become the latest regional press figure to criticise those abusing journalists on social media.

Katie, pictured, was diagnosed with depression last year and has since set up her own podcast in a bid to help others experiencing mental health issues.

In a recent episode of the podcast, called ‘What’s Next?’, she discussed the “power” of social media and the difficulties it can present for those who use it.

Katie told HTFP: “When you train as a journalist you are always told to expect abuse from people, but sometimes I think that it goes too far. I know myself and lots of other reporters have experienced online abuse and trolling from readers.

“I have learnt now to have a ‘thick skin’ but I sometimes think that sometimes people really can go too far. We monitor the comments that are made on our Facebook page and we have a policy now where if it really oversteps the mark, we remove it.

“I think it is troubling. Journalism is the only profession where people will out right sit in front of you and speak badly of it. I know that sometimes I can be sat with a group of people and they can be talking about how much they hate journalists when you are sat right there.”

HTFP reported last month how Oxford Mail editor Samantha Harman and group news editor Rebecca Hudson had criticised a “pathetic” commenter on its website who had continued to abuse journalists despite being banned from the newspaper’s website as often as once a day.

A number of other regional journalists have gone public in recent months on their experience of online abuse – with Coventry Telegraph editor Keith Perry warning the phenomenon had become the “new normal”.

Katie added: “I think social media has a huge part to play when it comes to trolling, and online abuse and people should be made accountable for their actions. We shouldn’t just accept it.

“Sometimes if I am having a bad day, and then get sent a horrible message, it can really send me over the edge. I hope that one day the culture of trolling with disappear, but I don’t think it will.”